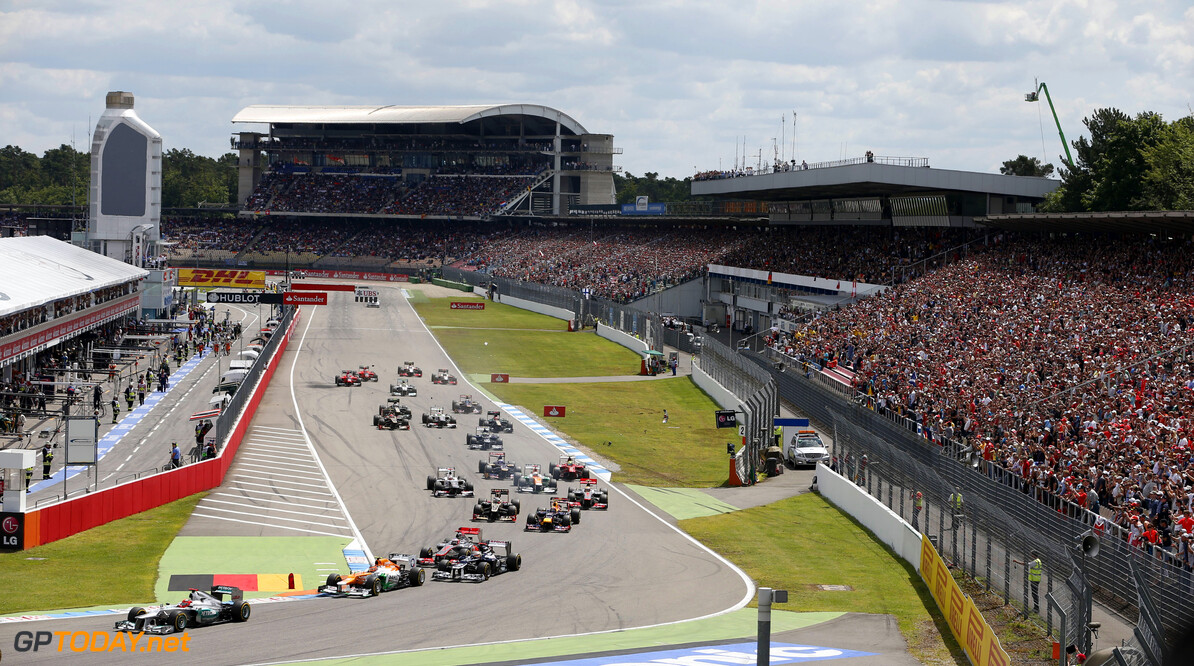 Hockenheim expecting a crowd of 55,000 on Sunday

The "phones have been running hot" ahead of the German grand prix, according to Hockenheim boss Georg Seiler. That is because, before Germany's shocking 7-1 victory over Brazil in the recent world cup semi-final, the circuit was offering a bigger ticket discount every time the national team scored a goal. "You can't even imagine it," Seiler smiled, "but I was pleased with every goal anyway. It's nice when we can do something good for the formula one fans," he told SID news agency.

Seiler said he is expecting a crowd of about 55,000 on Sunday. It is F1's first visit to the Hockenheim since 2012, as per the alternating scheme with the Nurburgring. But it might be one of the last at Hockenheim, after Bernie Ecclestone revealed he has been negotiating exclusively with the Nurburgring regarding 2015 and beyond. An earlier-furious Seiler says he now has "nothing new" to report about that, except to reveal that he will have "confidential discussions" with the F1 supremo this weekend.

For some, however, Hockenheim would be no great loss to F1, as the once unique and terrifyingly fast layout was made much more conventional with an upgrade more than a decade ago. "It seems like a different level of craziness compared with today," said grand prix veteran Jenson Button, "but it was a lot of fun. The re-designed circuit could never be as mighty as the old Hockenheim, but it's a fun little track, and it's been purposely designed to encourage racing."

The man tasked with modernising Hockenheim was the well-known F1 circuit designer Hermann Tilke, who originally wanted to "keep as much as possible" of the old track's unique charm. "At that time the restrictions and possibilities the site offered were not clear however and the idea eventually proved unfeasible," he told F1's official website. (GMM)
F1 News Jenson Button
<< Previous article Next article >>
.