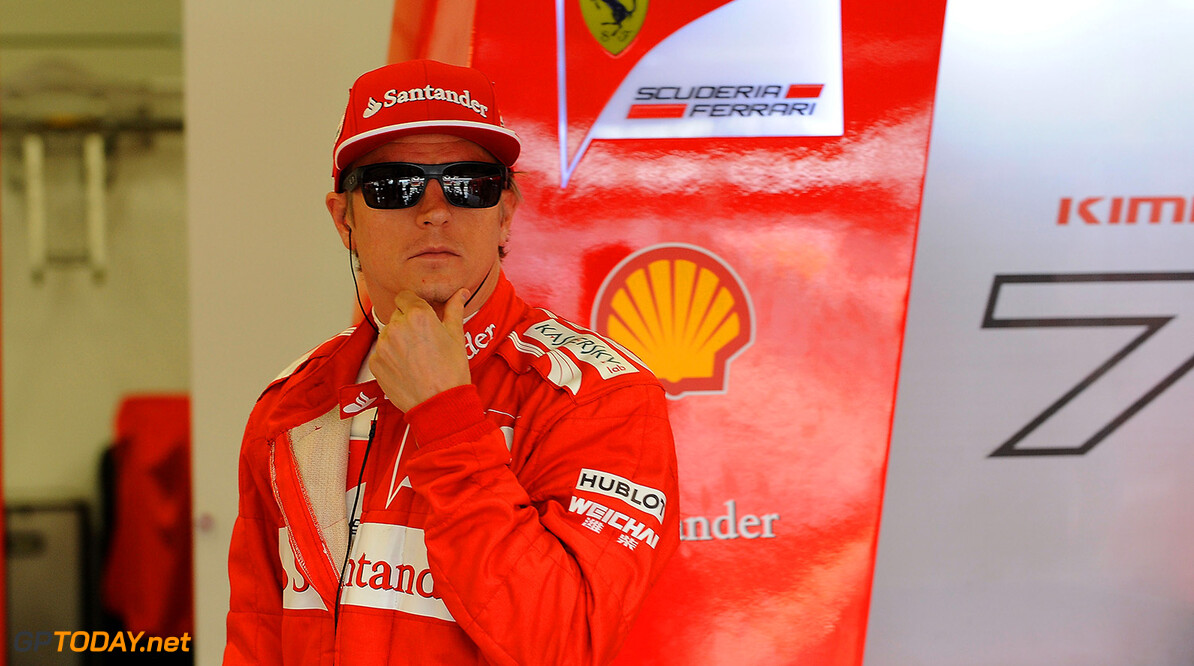 Kimi Raikkonen will sit out the post-British grand prix test, after his high speed crash on Sunday. Sharing the Ferrari duties at Silverstone instead will be Pedro de la Rosa and the Maranello marque's junior driver Jules Bianchi, who races in F1 for Marussia.

Many paddock cynics suggested the laid-back Finn Raikkonen might not be too upset with Ferrari's rest order, but a spokesman insisted: "He wanted to drive." Ferrari says he needs to rest a bruised ankle and knee. The injuries were caused by Raikkonen's incredible 47G impact against the Silverstone armco, after he ran off the track and then lost control trying to rejoin.

Raikkonen's crashed car also took out Williams' Felipe Massa, and a photograph taken by a trackside fan showed how close a flying tyre from the Ferrari came to hitting Max Chilton on the head. "It was a scary moment," the Marussia driver confirmed.

Some, therefore, have been highly critical of Raikkonen, suggesting the crash was caused because he refuses to do otherwise customary pre-race walks of the F1 circuits, noting sites of potential hazards and irregularities. F1 legend Niki Lauda, the Mercedes team chairman, has slammed the Finn. "He went wide, so why does he come in balls out and then crash?" the great Austrian is quoted by AFP news agency. "It was unnecessary."

But Lauda also had a wider criticism, insisting the one-hour race delay to fully repair the damaged armco was "ridiculous". "This over-nursing of F1, being over cautious, over-controlling and over-regulating drives me mad," he said.

Indeed, Lauda's fear that television viewers would switch over to other sporting spectacles, like the Tour de France or Wimbledon, apparently proved correct, with the British grand prix recording its worst ratings since 2006. He even slammed Sebastian Vettel for "screaming like a child" on the radio during his thrilling duel with fellow champion Fernando Alonso. But according to Spain's Marca, Red Bull's Christian Horner said the real problem between Vettel and Alonso was "all these rules on the limits of the circuit". (GMM)
F1 News Fernando Alonso Felipe Massa Sebastian Vettel Mercedes Williams Ferrari Marussia
<< Previous article Next article >>
.