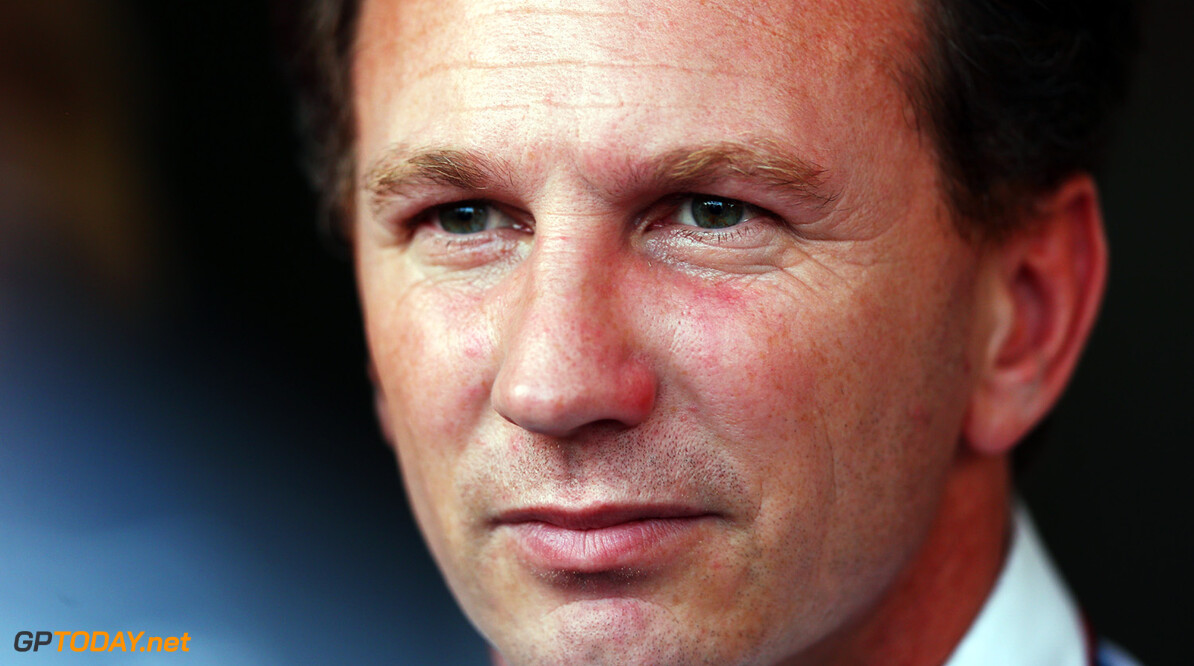 Horner: "I will stay at Red Bull and not succeed Bernie"

Red Bull team boss Christian Horner has had to "reaffirm his commitment" to Red Bull after Bernie Ecclestone named him as his ideal successor.

F1 'supremo' Ecclestone, caught up in a corruption scandal that could end his long reign over the sport, said of his 40-year-old ally and friend: "I would be happy to hold his (Horner's) hand. We could have a transitional period."

The comments were interpreted as a clear sign that Ecclestone, 83, is paving the road for Horner to succeed him, but Red Bull issued a statement from Interlagos insisting its team boss "has a long term contract".

And Horner was quoted as saying: "While Bernie's comments in the press are very flattering, I am fully focused on my role as team principal with Red Bull Racing.

"I have said many times that there is only one Bernie Ecclestone. What he has done for formula one is incredible and in my opinion he is irreplaceable," he added.
F1 News Red Bull Racing
<< Previous article Next article >>
.