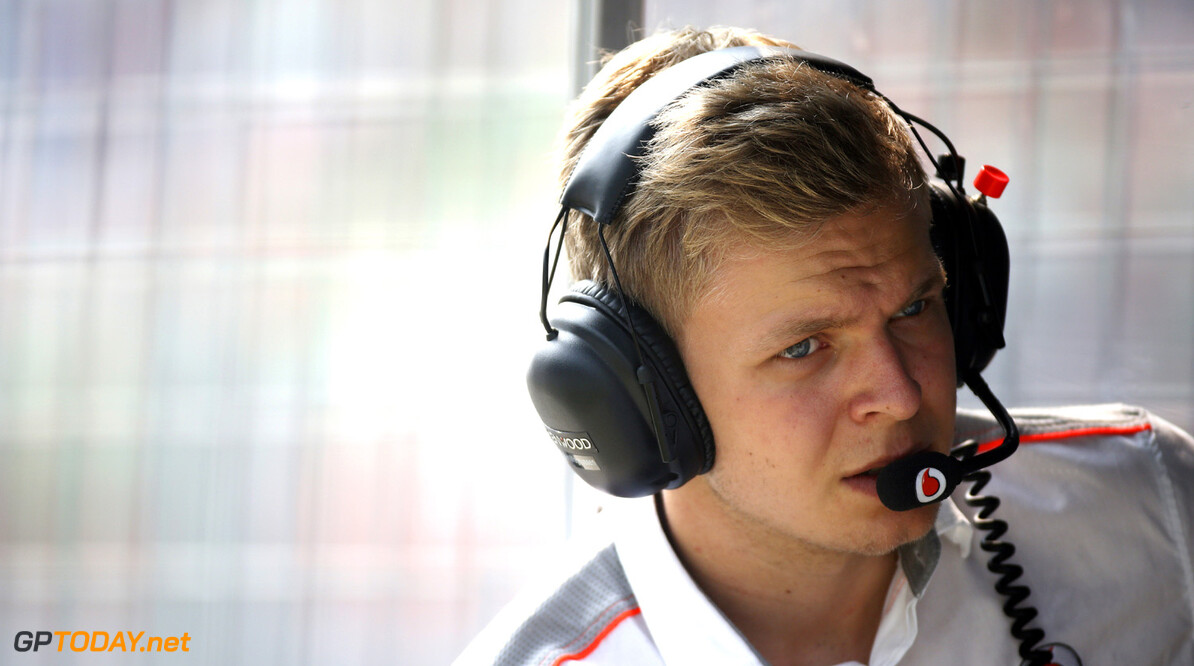 As McLaren gears up for the new Formula 1 season, which will see motorsport's premier league embrace considerable technical change as it embarks on a new era, using 1.6-litre V6 turbo engines and a more dynamic energy recovery and deployment system, 33-year-old Jensons lengthy Formula 1 experience and brilliant technical understanding will be very important assets as the team starts its 2014 challenge, backed by the talent, promise and enthusiasm of his 21-year-old team-mate Kevin, who recently won this year's World Series by Renault 3.5 Championship in fine style.

Kevin Magnussen said: "I'm absolutely overjoyed to be making my Formula 1 debut with McLaren. I'll put it simply: this team is the best. It's been my dream to drive for McLaren ever since I was a small kid, and it's no exaggeration to say that I've dedicated almost every day of my life to achieving the goal of becoming a McLaren Formula 1 driver."

"I have an enormous amount of respect for everyone at McLaren, and I want to say a massive 'thank you' to everyone, but most of all to Martin and his senior colleagues, for giving me this chance. I won't let you down, guys!"

"Equally, in Jenson, I have absolutely the ideal team-mate. He's extremely quick, obviously, but he's also very experienced and superbly capable from a technical perspective. He's a Formula 1 world champion, which is what one day I also hope to become, and I'm determined to learn as much as I can from him."

Martin Whitmarsh (Team Principal) said: "We're delighted that Kevin will be joining Jenson as a McLaren Formula 1 race driver for 2014. Their confirmation is an important step for us as we continue to strengthen our organisation ahead of the 2014 season."

"Next year, we'll witness the biggest raft of technical changes to Formula 1 in many years, and every team and manufacturer will be pushed to the limit as they try their best to adapt to those new challenges."

"Jenson's race-winning speed, intelligence and racecraft have long been a crucial advantage to McLaren, but it's his skill as a development driver and his peerless technical feedback that will be equally valuable as we make the transition into a new and complex technical formula during the winter and new year."

"Kevin, too, is clearly very talented and very determined, and we therefore have high hopes for him. Moreover, every time he's tested our Formula 1 car, he's been very quick and very methodical, and his feedback has been first-class."

"Furthermore, the manner in which he won this year's World Series by Renault 3.5 Championship was truly outstanding, showcasing as it did not only his impressive natural pace but also his increasing maturity and ability to structure and manage a championship campaign."

"Last but very far from least, I want to take this opportunity to thank Checo, who has developed well during a difficult season, as his recent run of points-scoring finishes underlines. He's a lovely guy and a fine driver - fast and combative - and I'm sure hell build on that firm foundation in 2014. All at McLaren wish him well for the future."
F1 News Jenson Button Kevin Magnussen McLaren Renault
<< Previous article Next article >>
.