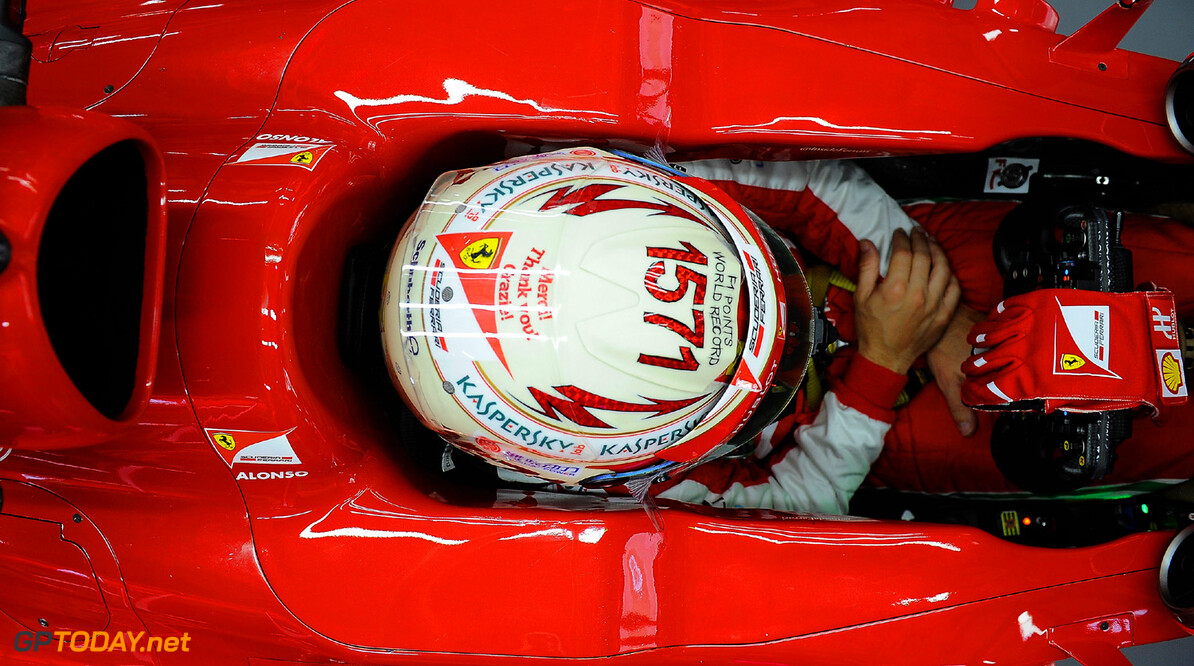 Fernando Alonso should be fit to race in Austin later this month, despite dramatic images of him in hospital emerging after Sunday's Abu Dhabi grand prix. The photos depicted the Spaniard underneath a space blanket and wearing a neck brace, reportedly as the result of injuries sustained when he crashed over the kerbs to avoid Jean-Eric Vergne's Toro Rosso on Sunday.

The stewards even investigated the incident because the Ferrari passed the Frenchman outside the limits of the track, but Alonso ultimately kept his fifth place. But the impact, measured at multiple Gs, also triggered the mandatory chassis impact light, requiring Alonso to report for medical checks.

A Ferrari spokesman said Alonso is fine. "Hopefully I am ok for Austin," Alonso told reporters.
"I still have all my teeth," he smiled, "but my back is obviously in pain a little bit because it was a big hit."

Meanwhile, Alonso's departing teammate Felipe Massa questioned Ferrari's tyre strategy for him in Abu Dhabi, after he finished the race eighth. "I expected to see the soft tyres on the car (after a pitstop) and I saw the others," he said. "Without this problem I would have finished easily in the top five." (GMM)
F1 News Fernando Alonso Felipe Massa Ferrari
<< Previous article Next article >>
.