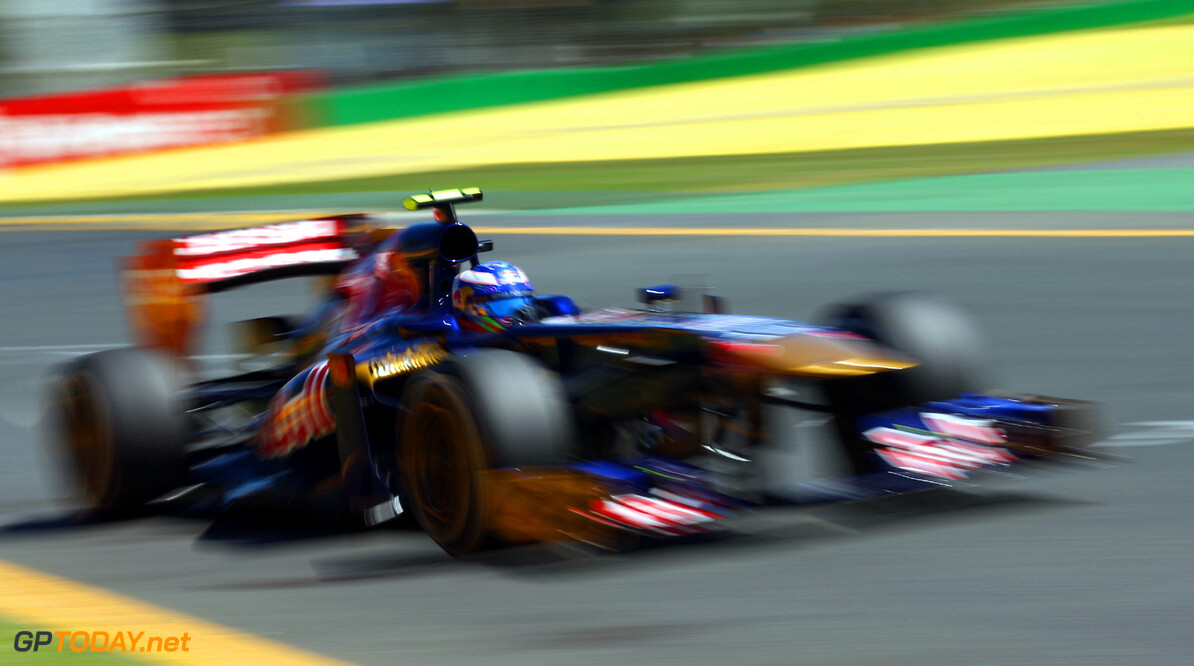 Daniel Ricciardo might be forgiven if his excitement is tempered by nerves as the last few races of the 2013 season play out. On the one hand, the 24-year-old Australian is about to join F1's dominantly-competitive team, the reigning four time world champions Red Bull.

But his teammate will be Sebastian Vettel, the indomitable German who according to many paddock insiders has raced into F1 greatness this year alongside legends like Ayrton Senna and Michael Schumacher.

On Saturday in Abu Dhabi, however - the first qualifying session since Vettel wrapped up his fourth title - Vettel was outpaced by his retiring teammate Mark Webber, who will start Sunday's race from pole.

"Something like that," said Ricciardo, referring to Vettel's qualifying defeat, "shows that he (Vettel) is human.

"Sebastian has always been very strong here, so I think Mark is very happy with that and it gives me a little hope for the coming year," he is quoted by Brazil's Totalrace.

Ricciardo is understandbly spending his last three races with Toro Rosso with a watchful eye over proceedings at the senior team, and his on-form 2014 teammate.

"He (Vettel) is in the form of his life," he admitted to the German newspaper Welt am Sonntag. "I don't see a single weakness.

"Maybe I should put something in his food," the Perth-born racer joked, flashing his characteristic and ever-present grin.

Ricciardo insisted, however, that he does not fear the prospect of going head-to-head with Vettel next year.

"I think that as a four-time world champion, Sebastian has a lot more pressure than I do," he said.

"I am just a young driver so no one expects that I will beat him."

Perhaps, however, he fears becoming a second incarnation of Webber, who after coming close to beating Vettel to the title in 2010 has since been utterly beaten by the successful German.

Some even believe in a 'conspiracy' at the energy drink-owned team, with Vettel getting preferential treatment and equipment. Undoubtedly, the relationship between Vettel and Webber has not been a friendly one.

He told Austria's Kleine Zeitung newspaper that nothing in his new contract makes him a 'number 2' driver.

Indeed, he said both his and Vettel's deal includes a clause that says one driver must support the other if the other is out of the fight for the title.

Theoretically, then, Vettel might have to ride shotgun for Ricciardo.

The Australian laughed: "Yes. If that's the case, it means I've had a very nice season!