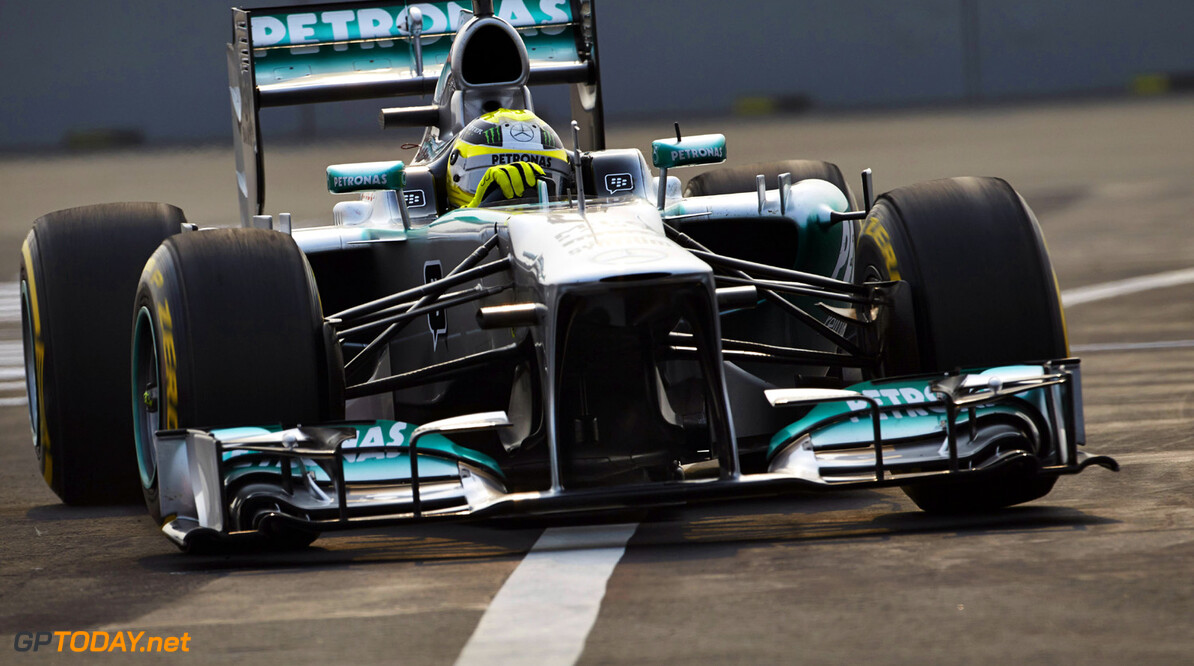 Nico Rosberg: "The Abu Dhabi weekend is a real favourite of mine and it's a great event for the fans, our partners and the team. It's also very unique as a twilight race and working on a different timetable makes a nice change from the usual race weekend. On the track, we will be looking to continue the pace and performance of the car that we saw in India and hopefully the result. It was a really positive weekend for me and I'm pleased that the team now has renewed momentum in our fight for second place."

Lewis Hamilton: "The race in Abu Dhabi is always a fun weekend and one which I really enjoy. The circuit and the whole Yas Marina complex are so impressive and racing from the sunshine into the twilight is quite special. With three races left of the season, we are still pushing and there is a lot that our team can achieve in that period. It's all about consistency now and making sure that both Nico and I score good points so that we can keep the other teams behind us. We're up for the challenge!"

Ross Brawn: "The Abu Dhabi Grand Prix is undoubtedly one of the highlights on the Formula One calendar and a weekend that everyone at the team always enjoys. The uniqueness of the twilight racing and the wonderful facilities at the Yas Marina Circuit make for quite a spectacular show, both for the crowds at the track and for those watching on television. The circuit layout is challenging with the brakes under particular strain and overtaking can be tricky despite the long straights. This is a demanding period with four of the seven season-ending flyaway races now completed and I am pleased with how the motivation and commitment levels at our team are remaining so high. India was a strong weekend for us with some valuable points scored and we will aim to have another positive weekend in Abu Dhabi to consolidate our position."

Toto Wolff: "We delivered a good team result in India, with podium number eight this year and our biggest points total since the Belgian Grand Prix. Our target now is to build on that momentum in Abu Dhabi. We know what to expect at Yas Marina: a circuit where good traction is important, as well as strong straightline speed, and conditions in which it's important to look after the rear tyres, especially through the first stint when the track temperatures are still high. All of us in the team know that the battle for second place in the Constructors' Championship will go down to the final race. We are ready for the fight."
F1 News Lewis Hamilton Nico Rosberg
<< Previous article Next article >>
.