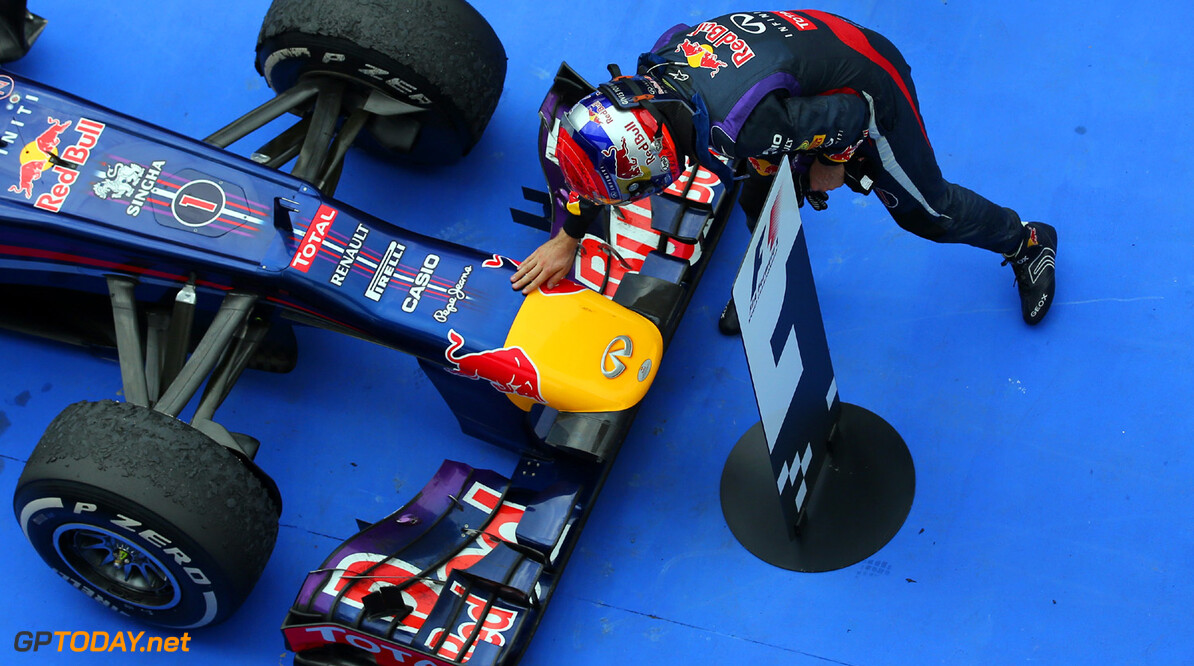 Another theory about Sebastian Vettel's late-season dominance has emerged. Rumours in Korea last weekend spoke of a clever but legal engine mapping system aboard his Red Bull that mimics the benefits of banned traction control.

Now, Spain's El Confidencial has reported burgeoning rumours that the Adrian Newey-penned RB9, which in Vettel's hands has won the last four grands prix on the trot, is in fact somehow deploying its KERS system to enhance cornering traction. The rumours, which date back to Singapore last month, say Red Bull could have linked KERS to suspension sensors, with the engine being subsequently 'dragged' through the process of energy harvesting.

The report made a potential link between the system and the fact that Red Bull tends to have frequent reliability problems with its KERS units. Mark Webber said immediately after retiring in Korea that "there was a KERS fire", but Red Bull later said it was caused by oil leaking onto the exhaust after the crash with Adrian Sutil.

Newey, meanwhile, played down the link between Red Bull's KERS system and its superior traction. "I doubt the gain is from KERS," he is quoted by Racecar Engineering. "We, like everyone, do work on how to best deploy it, but I think everyone is similar in how they use it," added Newey. (GMM)
F1 News Sebastian Vettel
<< Previous article Next article >>
.