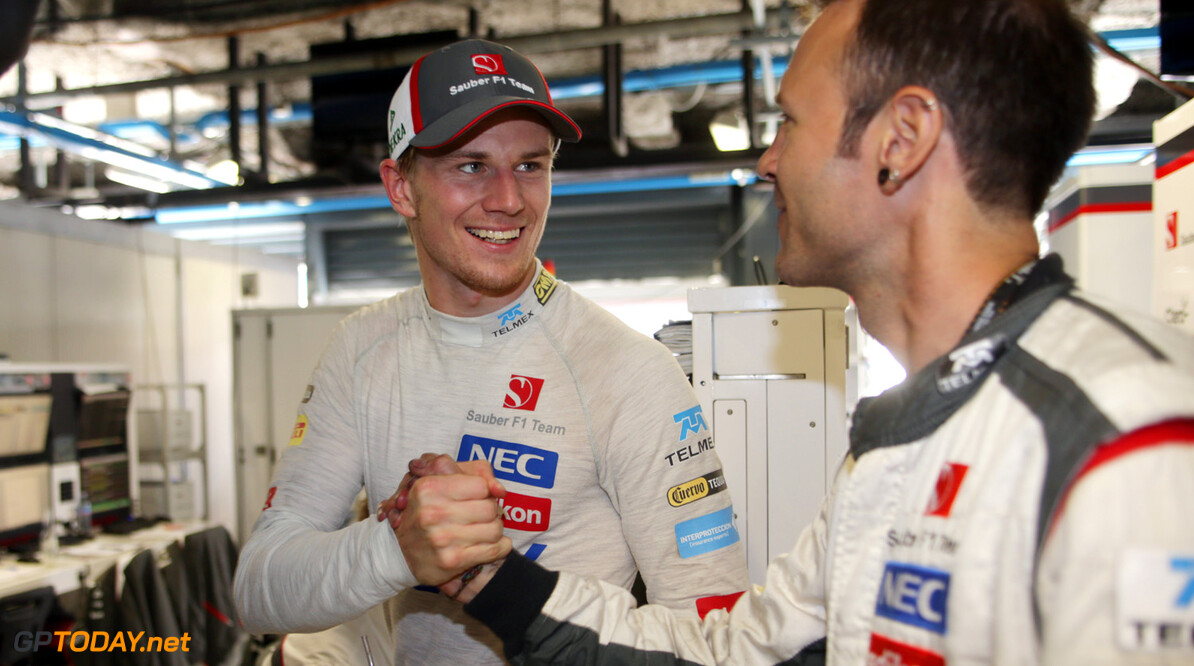 Hulkenberg: "I drove one of the best races in my career so far"

Nico Hulkenberg, driver for the Swiss Sauber team, who is maybe a candidate to get a drive for Lotus next year. Nico describes his fourth place during the Korean Grand Prix one of his best ever.

"I drove one of the best races in my career so far," said Hulkenberg. "I have had cars in the mirrors before, but today there were a lot and it was a bit annoying.

"The car's traction was very good today, so that kept me alive against Fernando and then Lewis later on."

Nico Hulkenberg is still not yet announced by a team as their driver for next year in the Formula 1, Ted Kravitz said during 'Ted's Notebook' that there are rumours in the paddock that there is a chance for Nico to drive for Lotus next year.
McLaren has already told, by the words of Martin Whithmarsh, that they are currently not talking with Hulkenberg.

Sauber's Nico Hulkenberg, who is in contention for a seat at Lotus next season, described his fourth place finish as the best ever.
F1 News McLaren Lotus F1 Sauber
<< Previous article Next article >>