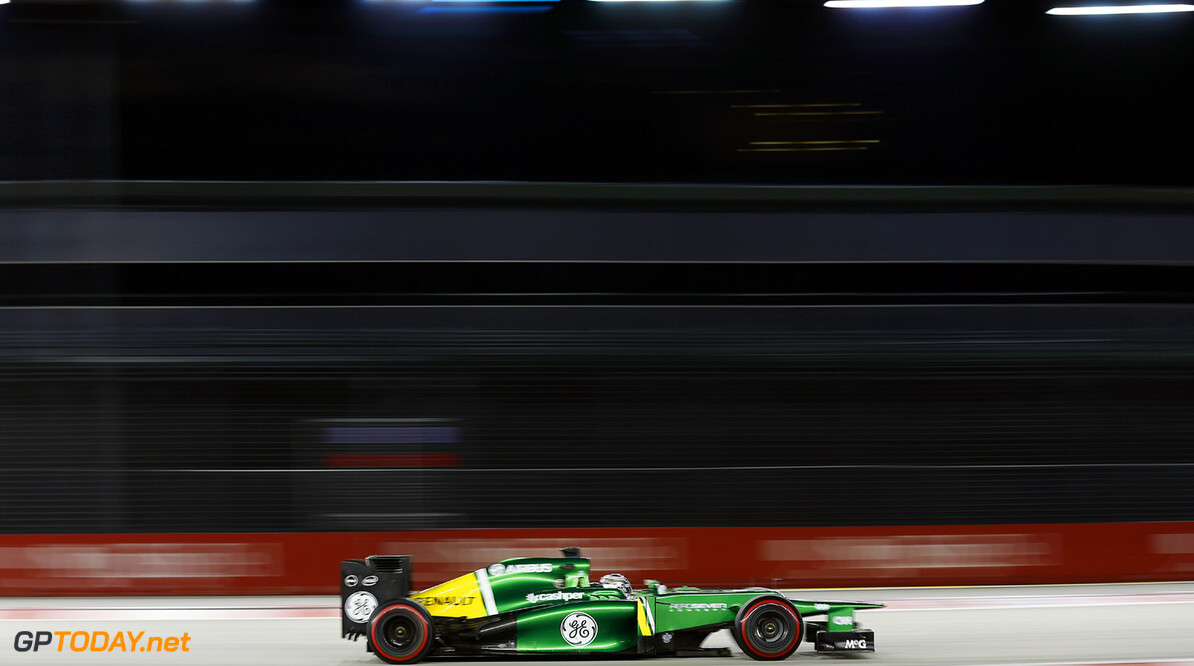 Giedo van der Garde: "Korea next and another track I have experience of from last year. Our week starts with a Renault Sport F1 event in Seoul and then it'll be straight down to Mokpo for the race weekend. I haven't had the chance to visit Seoul before but everyone tells me it's a seriously cool city so I'll make sure I get the chance to take a look around before work starts!"

"Korea's another track where I ran in FP1 in 2012, completing 19 laps which was enough to find my way around and be able to start pushing. Even though the tyres are different this year, that experience, as I had quite a few tracks last year, is particularly valuable now as it means I'm on it right from the start of FP1 and every lap counts in getting the setup right for the weekend."

"From inside the cockpit the Korea track is a pretty typical modern F1 circuit. There's the long straight out of T2 where you need good straight-line speed and then it's a bit stop / start through turns three, four, five and six, and then you're into the high speed section up to the heavy braking zone at turn 10. It's pretty bumpy through that whole section and in the early stages of FP1 there's little grip around the whole track, but it quickly builds up over the weekend so you can start really pushing through there from quite early on."

"If it rains this year then it'll definitely be very interesting - our car likes the wet and two of my highlights this year have been on tracks where it's been going from wet to dry, so it would be good if we could have some more unpredictable weather (even though the boys doing the pack up on Sunday probably wouldn't agree with me on that!)"

Charles Pic: "Before we go to Mokpo Giedo and I are helping out Renault Sport F1 at the finals of the Renault Samsung Motors remote control racing car championships in Seoul. I've seen some of them racing on YouTube and it's so quick! I think the scaled-up equivalent is around 600mph and, honestly, I'm not too sure how they keep up! That'll be a good start to the week and then we're going to Mokpo on Wednesday to begin the normal race week preparations."

"Last year was my first race in Korea and I quite enjoyed it. This year it's obviously a different package and as it's quite a technical circuit it'll be important to make the most of all three practice sessions to give us the best shot at quali and the race. In Singapore I didn't really have a car balance I was happy with all weekend and I want to make that's not the same in Korea, especially as if it rains on Sunday it's likely there will be safety cars and we need to make sure we can seize any opportunities that come our way."

"After Korea it's straight on to Japan for one of the classic races. I'm already excited about getting back to Suzuka, but for now my focus is 100% on Korea and doing the best job possible over the whole weekend."
F1 News Renault
.