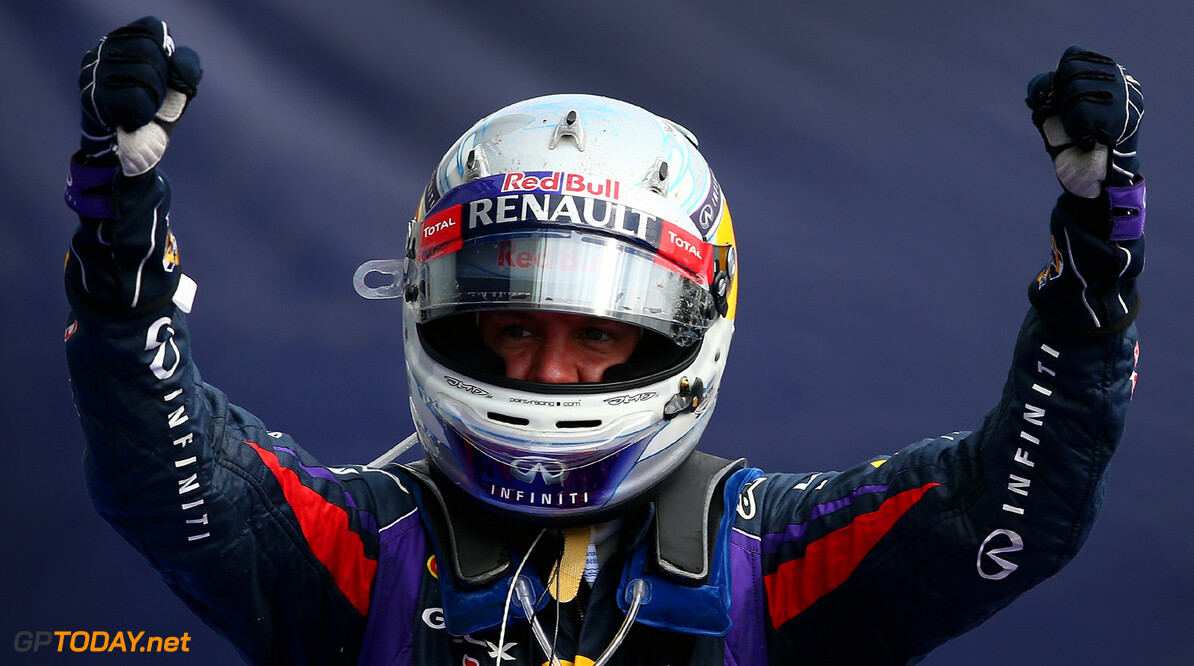 I don't like the word dominant, it is never easy - Vettel

Sebastian Vettel has admitted Red Bull is getting better as a team as it accrues more experience and titles. Together with the German, the Milton-Keynes based outfit has collected every drivers' and constructors' title on offer since 2010. "The team has got better and better over the years," reigning triple world champion Vettel told the Austrian magazine Sportwoche. "There are less mistakes now, and more confidence."

The 26-year-old appears to be cruising to yet another championship in 2013, but he is not counting his chickens just yet. "The first half of the season was very good, and the start of the second half has been even better," Vettel admitted. "But we can see that the smallest things make a big difference -- ten degrees up or down and everything looks different. We need to stay focused, but it does seem that in any conditions we can always be in the top five," said Vettel.

Some have begun to compare 2014 with Vettel's dominance of 2011, when wins and the title seemed to come easy to the German. "When people talk about 2011," said Vettel, "they say it was so dominant and easy. But I don't like the word dominant, and it is never easy." (GMM)
F1 News Sebastian Vettel
<< Previous article Next article >>
.