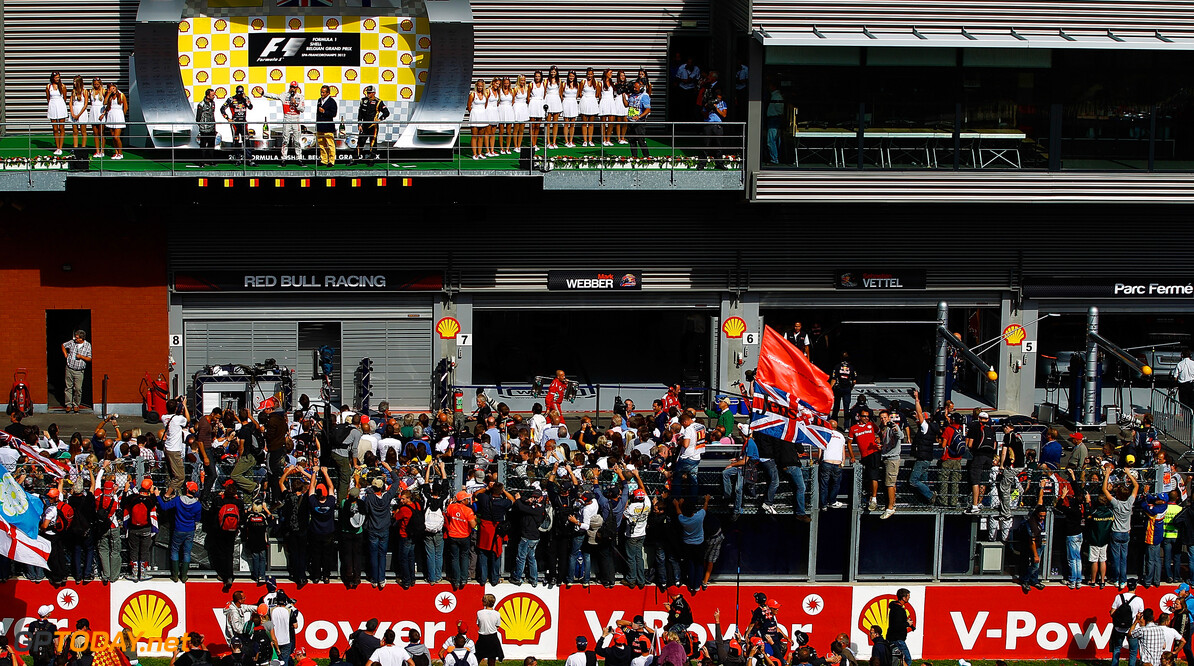 The Greenpeace activist who disrupted the podium ceremony at Spa on Sunday has accused race officials of trying to hurt her. Identified only as 23-year-old 'Julia F' by the German newspaper Bild, the activist was abseiling onto the podium after the Belgian grand prix while David Coulthard was interviewing winner Sebastian Vettel.

"We are a bit confused down here because the crowd is booing and cheering and booing and we don't understand why," Vettel told Coulthard. Coulthard responded: "We're not going to highlight why that is at the moment." Some had expected the FIA to launch an investigation or possibly penalise the race organiser, but so far the Jean Todt-led governing body has been silent.

'Julia', however, has accused race organisers of heavy-handed tactics. "They tried to cut my rope," Bild, revealing that Julia is from Switzerland, quoted her as saying. "I would have fallen five metres. And in my arrest, they put a boot to my face," she added. (GMM)
F1 News Sebastian Vettel
<< Previous article Next article >>