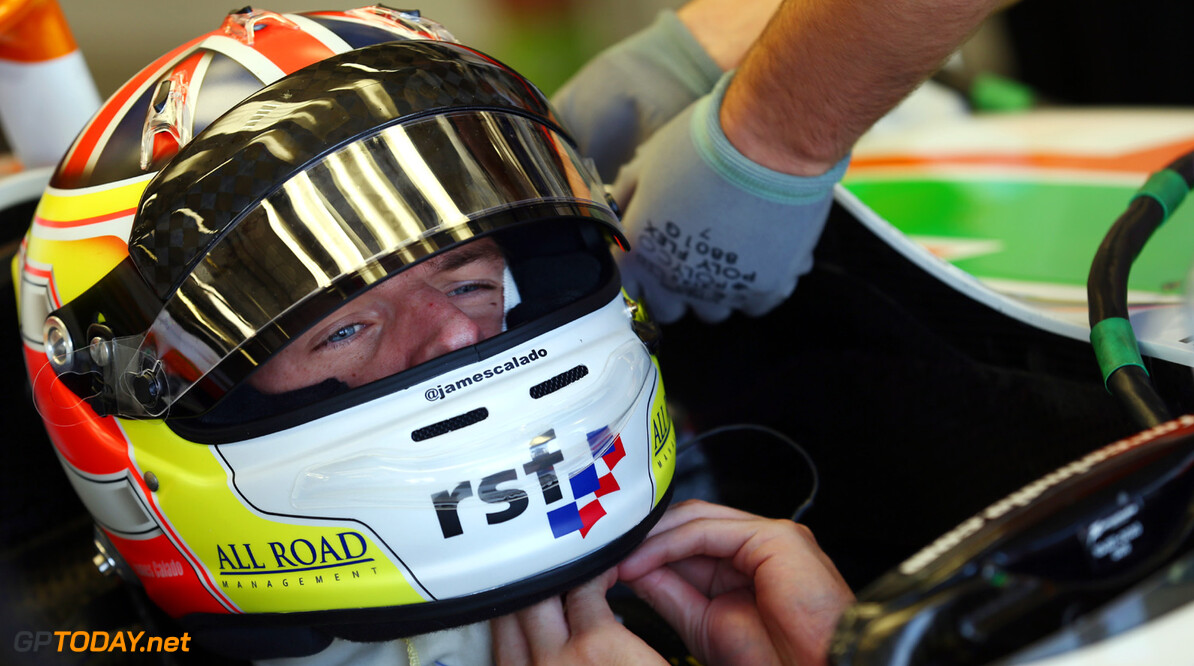 Calado 'can't hide' being on track for Force India future

A 24-year-old Briton is on track to becoming the next rookie in formula one. As the sport prepared to enter the August break, Force India driver Adrian Sutil admitted in Hungary that he is not sure he will stay with the Silverstone based team in 2014. "When I'm ready, I will speak first with (team boss) Vijay (Mallya)," he was quoted by Auto Motor und Sport.

German Sutil's teammate Paul di Resta has also been linked with moves elsewhere. At the very same time, rumours were building that James Calado, a frontrunner in the feeder series GP2, is close to filling a vacancy as Force India's 2013 reserve driver. The BBC said there is a chance the Briton will appear for the team during Friday morning sessions later this year. And a Force India spokesman admitted there is a "good chance" the deal will be done.

After that, the next step would be succeeding either Sutil or di Resta as a 2014 race driver. "I can't hide that we are having discussions with Force India," Calado admitted to Britain's Sky broadcaster. "My manager Nicolas Todt is talking to them now, and it's hopefully likely that things will happen in the near future." (GMM)
F1 News Force India
.