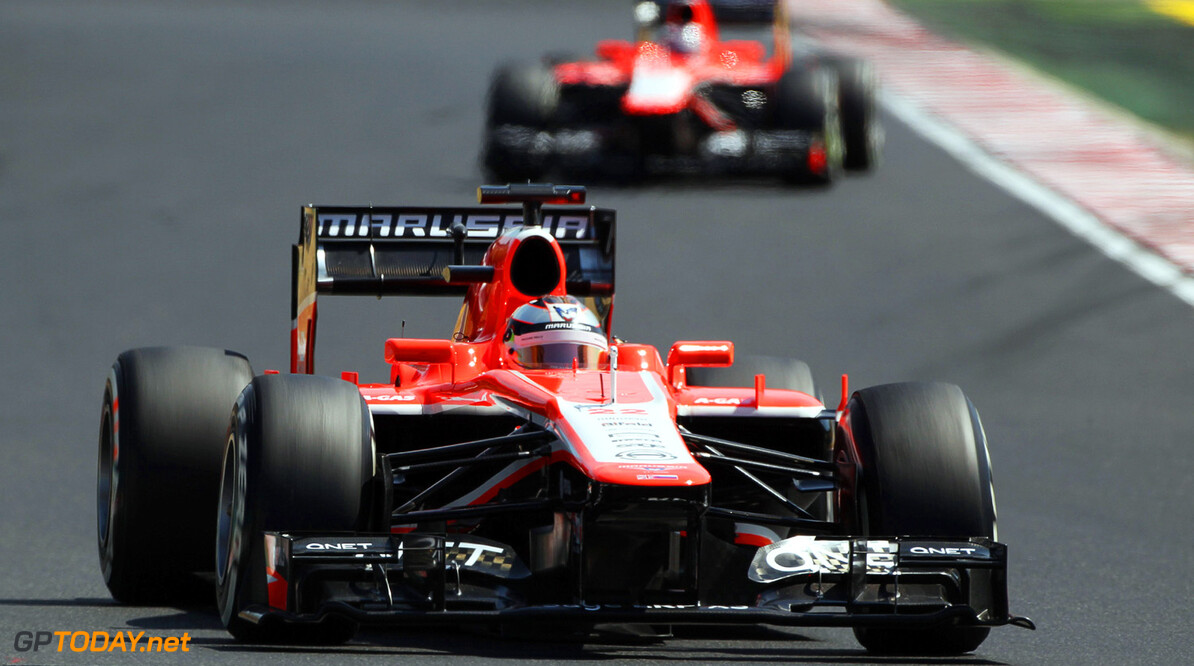 Marussia wants to keep Bianchi and Chilton for 2014

Marussia would like to keep its current race drivers in 2014, boss John Booth has revealed. Recently, just as Pat Symonds was set to announce his departure for Williams, Marussia's former technical boss admitted 2013 drivers Max Chilton and Jules Bianchi had left the team with "tied hands". "We need to have drivers who also bring money," he lamented.

But when asked if the inexperienced 2013 duo had done enough to secure their seats for another season together, boss Booth insisted: "Absolutely. "I'd like to keep them both for next year," he is quoted by Sky Sports. "At the moment it depends on a variety of (contract) options and option expires and things like that."

But Booth insisted that, despite Marussia taking a "massive gamble" on two rookie drivers, Chilton and Bianchi have done a good job. "It's been really impressive as to how few mistakes they've both made," he said. "With two rookies it could have finished in a right old mess, but you can count on one hand the mistakes made between them."

Briton Chilton is substantially backed by his wealthy father, while Bianchi is the cream of Ferrari's driver development 'academy'. The Frenchman's seat seems secure in light of Marussia's new engine deal with the Italian marque. But Booth insists: "The two deals are totally separate. The powertrain deal has no bearing on Jules' future at all." (GMM)
F1 News Ferrari Williams Marussia
<< Previous article Next article >>
.