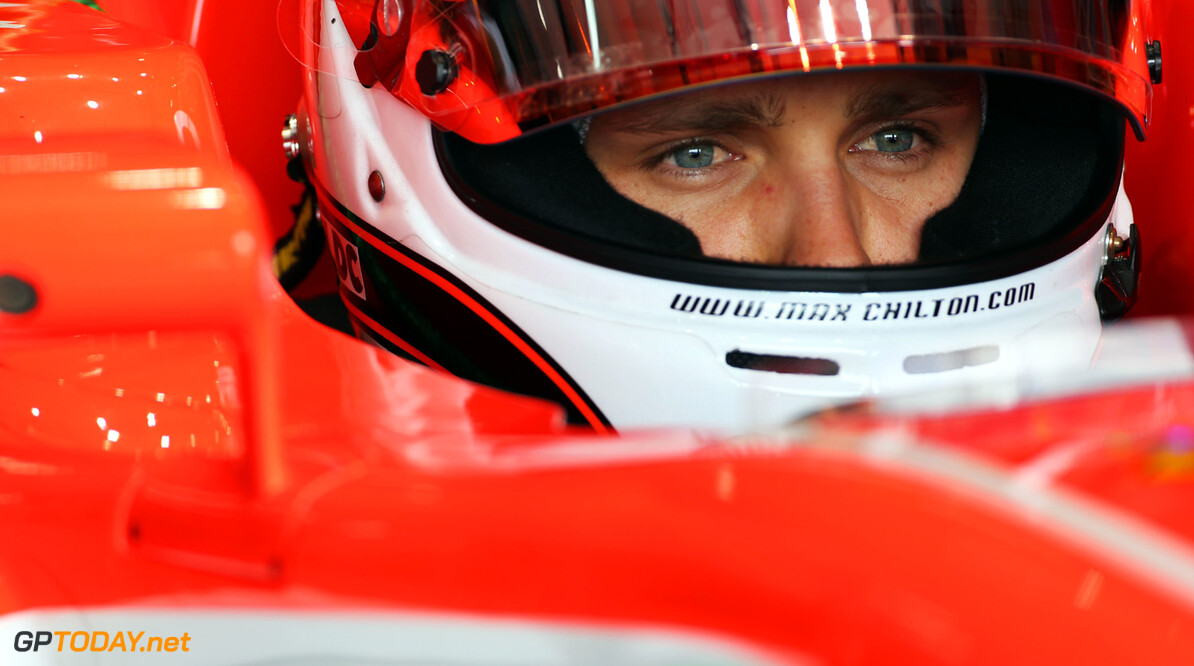 Max Chilton can thank the FIA's latest safety standards after returning home uninjured from the German grand prix. That is the claim of the German-language Speed Week, who reported that F1 race director Charlie Whiting took possession of the Marussia rookie's damaged Arai helmet after the weekend's action at the Nurburgring.

It is reported that, following a marshal's death in Canada and the injuries to the FOM cameraman in Germany, Chilton was lucky to escape without an injury last weekend. Whiting will reportedly send the British driver's helmet to be analysed by the FIA Institute, after debris flicked up by another car - probably a pebble - struck the new bullet-proof Zylon strip that runs above the drivers' visor.

The damage can be seen at: http://img.speedweek.com/img/37dac674c7de4d569b8d8a26297d6225/750/500/Chilton_bearbeitet-1jpg.jpg. The Zylon strip was introduced following the near-fatal injuries to Felipe Massa in 2009, when the Brazilian was struck on the face with a spring in Hungary. (GMM)