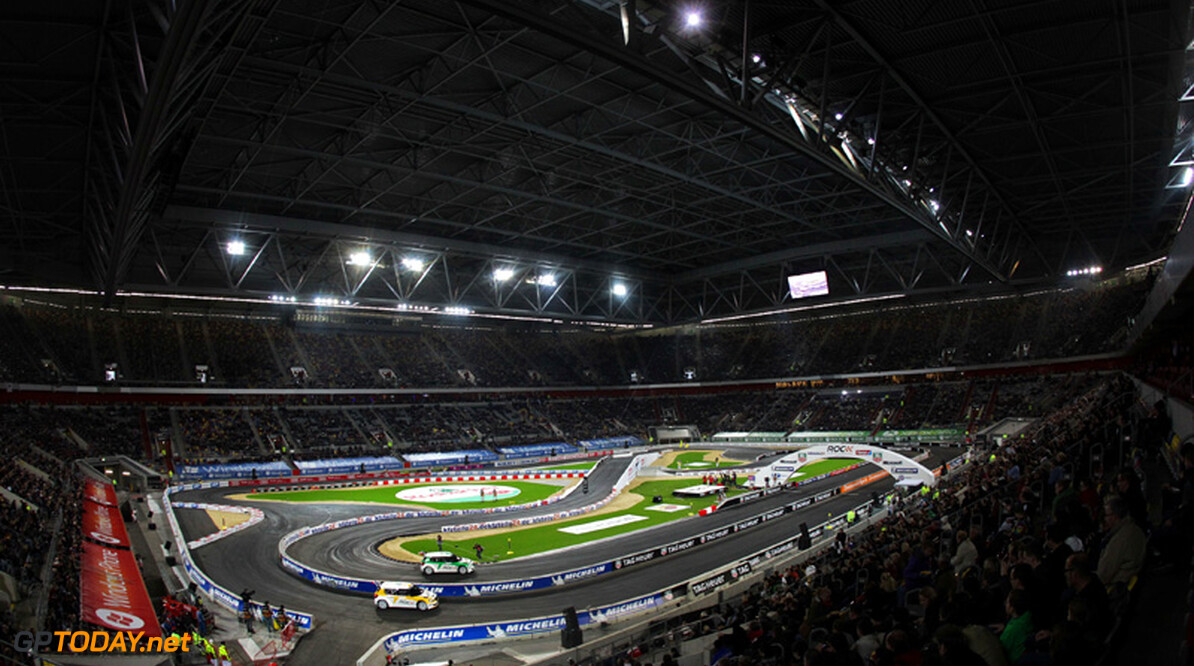 India and China to race for glory at ROC Asia

The two most populous nations on Earth will be in the hunt for glory at ROC 2012 as Team India and Team China have joined hosts Team Thailand in the line-up for ROC Asia on Friday 14 December at Bangkok's Rajamangala Stadium. The four-way competition will seek to find Asia's fastest nation, with the winners going on to race against the best drivers in the world in the ROC Nations Cup and the Race Of Champions itself.

The end-of-season contest, which is being staged for the 25th consecutive year in 2012, brings together the world's greatest drivers from motor sports main disciplines  including Formula 1, world rally, touring cars, Le Mans, MotoGP, Indycar and the X-Games  and sets them free to battle head-to-head in identical machinery. Drivers pair up for the ROC Nations Cup, this year scheduled for Saturday 15 December, ahead of the individual Race Of Champions on Sunday 16 December.

Team India will see Formula 1's Narain Karthikeyan and Karun Chandhok join forces as they make their ROC debuts. Team China will partner F1 test driver Ho-Pin Tung with Han Han, who secured a rare double in 2012 by winning both the China Rally Championship and the China Touring Car Championship yet is even better known as the worlds most widely-read blogger. The Chinese pair already have experience at the Race Of Champions as they both competed in the 2009 event at Beijings 'Bird's Nest' Olympic Stadium, getting as far as the semi-final of the ROC Nations Cup.

Narain Karthikeyan (Team India): "It's really cool to receive an invitation to participate in the Race of Champions. What a fantastic honour it is as well. The competition is the strongest in the world, with only the best of the best from many different forms of motor sport all competing against each other. The added benefit of representing your country is a real privilege, and one which I have done before in my career, so I know how special that feels. Karun and I are definitely going to enjoy ourselves, racing against our peers in some pretty cool machinery, but we will also be gunning for victory, and with a bit of luck, we will bring glory to our nation."

Karun Chandhok (Team India): "I'm very excited about going to the Race of Champions this year! It's fantastic that the organisers have decided to have an Indian team and Narain and I had the dates free to do it. The event looks like a lot of fun while obviously being very competitive. The concept of ROC Asia is very interesting - we have seen in the last 10 years how motor sport has been shifting to this end of the world more and more and it's great that Fredrik and his team at ROC have embraced this. Narain and I haven't been in the same team since 2004 when neither of us was an F1 driver. A lot has changed in life since then and it should be a lot of fun to work together again. ROC has always attracted some of the biggest names in world motor sport including Sebastian Vettel, Michael Schumacher and Mick Doohan and it will be nice to spend time with all these guys as well."

Ho-Pin Tung (Team China): "Even today people in China still ask me about my experiences at the Bird's Nest in Beijing in 2009. It's a great honour to be back again and to represent China for the second time at ROC Asia. We will try to repeat the great performance from Beijing where I think my team-mate Han Han and I surprised quite a few people when we made it all the way to the semi-finals. I can't wait!"

Han Han (Team China): "I'm really glad to be able to participate in the Race Of Champions with Ho-Pin Tung for Team China once again. That was a fantastic experience in Beijing three years ago and I hope this time will be even better!"

Fredrik Johnsson (Race Organiser): "We have been looking forward to ROC Asia ever since we knew we were coming to Bangkok this year  and the line-up has lived up to our expectations. With the might of China and India in the mix, we hope to see plenty of new motor sport fans cheering on their heroes at the Race Of Champions. Narain and Karun are a formidable pairing for Team India and we already know what the Chinese duo can do from Beijing. Rest assured Han Hans expertise stretches to more than one type of hard drive"
F1 News Sebastian Vettel
<< Previous article Next article >>
.