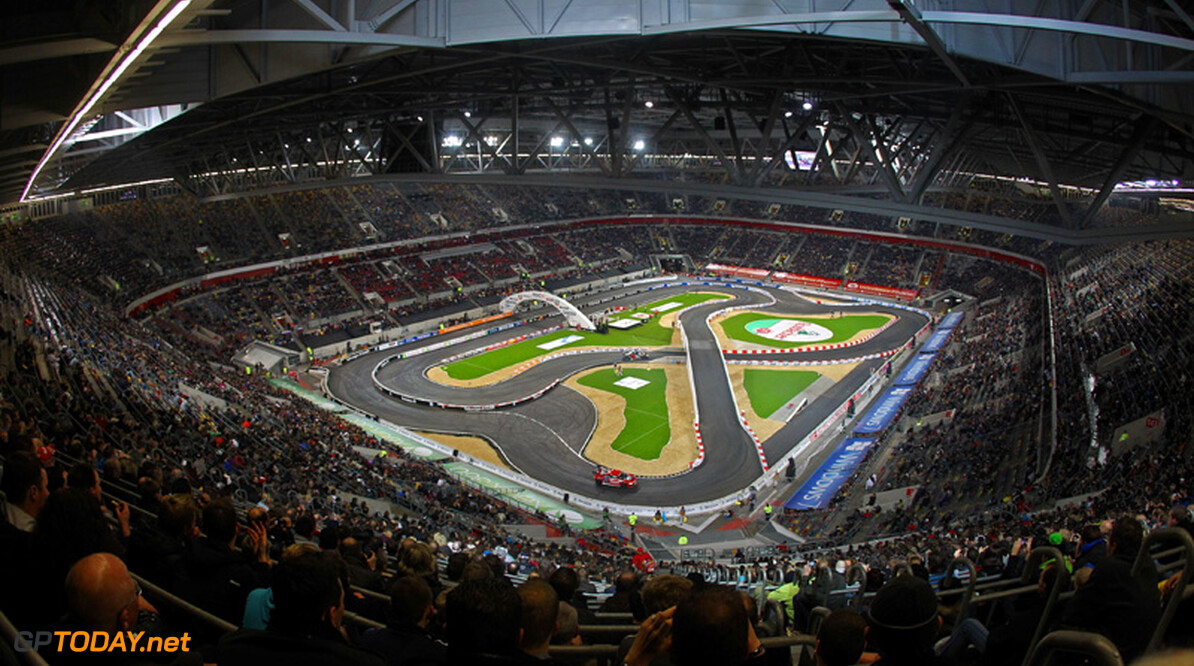 Jorge Lorenzo to make Race of Champions debut in Bangkok

Fresh from sealing the MotoGP world championship last weekend, Jorge Lorenzo is joining the growing list of motor sport legends heading to the Race Of Champions at Bangkok's Rajamangala Stadium on December 14-16, 2012.

The end-of-season contest, which is being staged for the 25th consecutive year in 2012, brings together the world's greatest drivers from motor sports main disciplines  including Formula 1, world rally, touring cars, Le Mans, MotoGP, Indycar and the X-Games  and sets them free to battle head-to-head in identical machinery. Drivers pair up for the ROC Nations Cup, this year scheduled for Saturday 15 December, before the individual Race Of Champions on Sunday 16 December.

Still just 25 years old, Lorenzo announced his arrival on the world stage with his two 250cc titles in 2006 and 2007. He has gone on to take over 20 wins for Yamaha at motorcyclings highest level, finishing in the MotoGP world championship top two in each of the last four seasons and taking his first title in 2010.

The Spanish rider's second place at Australia's Phillip Island circuit last weekend was enough for him to ease clear of compatriot Dani Pedrosa and wrap up his second MotoGP world championship with a race to spare. Now Lorenzo has the chance to show what he can do on four wheels as he takes on motor sport legends including F1 world champions Michael Schumacher and Sebastian Vettel at ROC 2012.

As an extra bonus, the crowds in Bangkok will see Lorenzo carry out a demonstration run on a Yamaha bike.

Lorenzo said: "2012 has been a fantastic year for me and I can't think of a better way to finish it off than by taking on the world's best drivers at the Race Of Champions. It will be a pleasure to share such a fantastic race with some of the best drivers in the world. It will clearly be a challenge to take them on at their own game but I'll do my best to get the most out of the extra pair of wheels. With Mick Doohan in the field, we will both be aiming to show we can do very well on four wheels too. I hope the public enjoy it and have fun with all of us!"

Race organiser Fredrik Johnsson added: "We are absolutely thrilled to have Jorge on board for this year's Race Of Champions. He has seen off a host of big names to rise to the top of the MotoGP world in recent years. Now we will all get to see how well he can cope with two extra wheels in a field featuring his predecessor Mick Doohan and his current counterpart at the top of the F1 world, Sebastian Vettel. This is a unique chance for race fans in Bangkok to see such a wide range of stars in competition. If Jorge can pull this off, the celebration will definitely be worth watching"
F1 News Sebastian Vettel
<< Previous article Next article >>
.