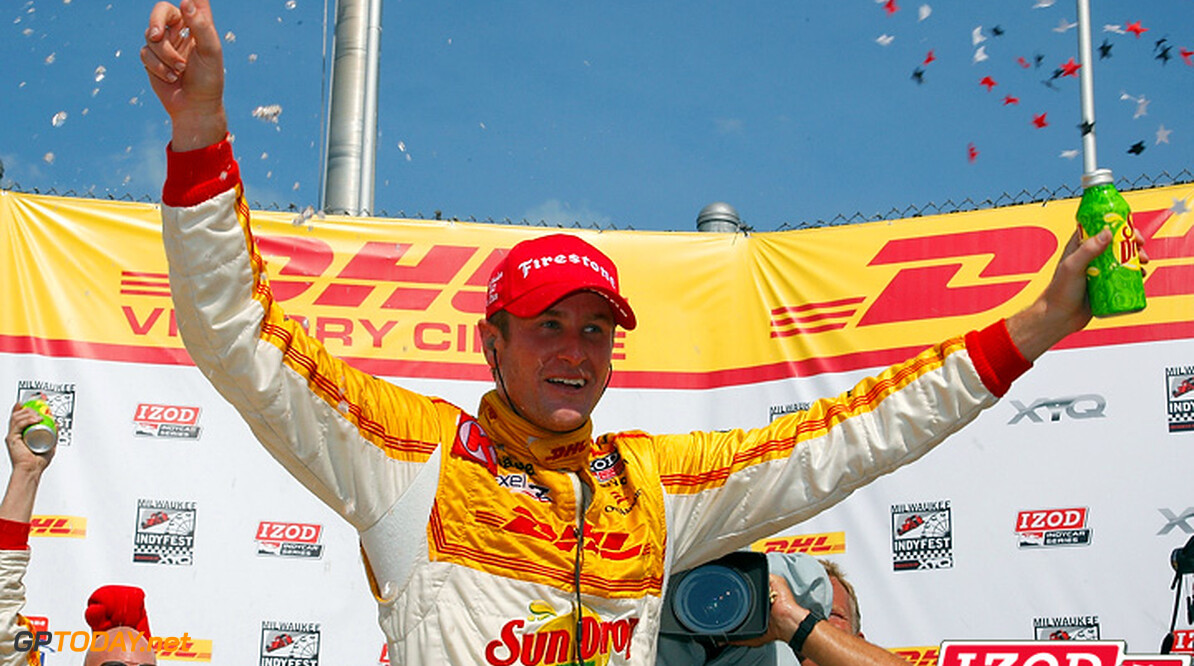 Hunter-Reay confirmed for Race of Champions 2012

IndyCar Series Champion Ryan Hunter-Reay has become the latest driver to sign up as the Race Of Champions celebrates its 25th year of competition in 2012. After a string of victories this year, Hunter-Reay sealed the title by just three points at last month's dramatic season finale. The result makes the American the first major motor sport champion of 2012 and has earned him an invitation to Bangkok's Rajamangala Stadium for the Race Of Champions on the weekend of December 15-16.

Held every year since 1988, the end-of-season contest brings together the worlds greatest drivers from motor sport's main disciplines  including Formula 1, world rally, touring cars, Le Mans, IndyCar and the X-Games  and sets them free to battle head-to-head in identical machinery. Drivers pair up for the ROC Nations Cup, this year scheduled for Saturday 15 December, before the individual Race Of Champions takes place on Sunday 16 December.

The most successful American driver currently racing in open-wheel competition, Hunter-Reay is the only driver to have taken victories in IndyCar, CART, Champ Car, ALMS and GrandAm. Indeed, his total of 12 IndyCar wins is more than all his current American rivals combined.

Hunter-Reay enjoyed a mighty 2012 including a run of three consecutive wins, yet he still trailed Australian racer Will Power by 36 points with two races left. The American duly won in Baltimore to reduce the gap. Then in the Fontana finale Power crashed out before returning to the track to ensure Hunter-Reay needed to finish in 5th place or higher. After a nail-biting final six-lap shootout, he brought his Andretti Autosport IndyCar home in 4th to become the first home-grown champion in a unified IndyCar series since 1994.

Now Hunter-Reay has won the chance to see how he matches up against the best motor sport stars from around the world at ROC 2012. The field already features a total of nine Formula 1 world championships courtesy of German greats Michael Schumacher and Sebastian Vettel. They will be joined by plenty more motor sport legends in the run-up to Decembers event in Bangkok.

Hunter-Reay said: "After a career best season culminating in an IndyCar Series Championship, I could see no better way to cap off 2012 than representing the USA and IndyCar, competing against the best drivers from other top level championships around the world at ROC. It has always been a goal of mine and Im honoured to be one of the few invitees to compete in the Race Of Champions."

Race organiser Fredrik Johnsson added: "We are delighted that Ryan will be joining us for ROC in Bangkok. He has had a fantastic season in the IndyCar Series and he proved his worth by coming out on top in such a thrilling finale. Now we'll all be very interested to see how he gets on against the best drivers from around the world. He will also race for Team USA, which has a great history of its own in the ROC Nations Cup, and is overdue another victory"