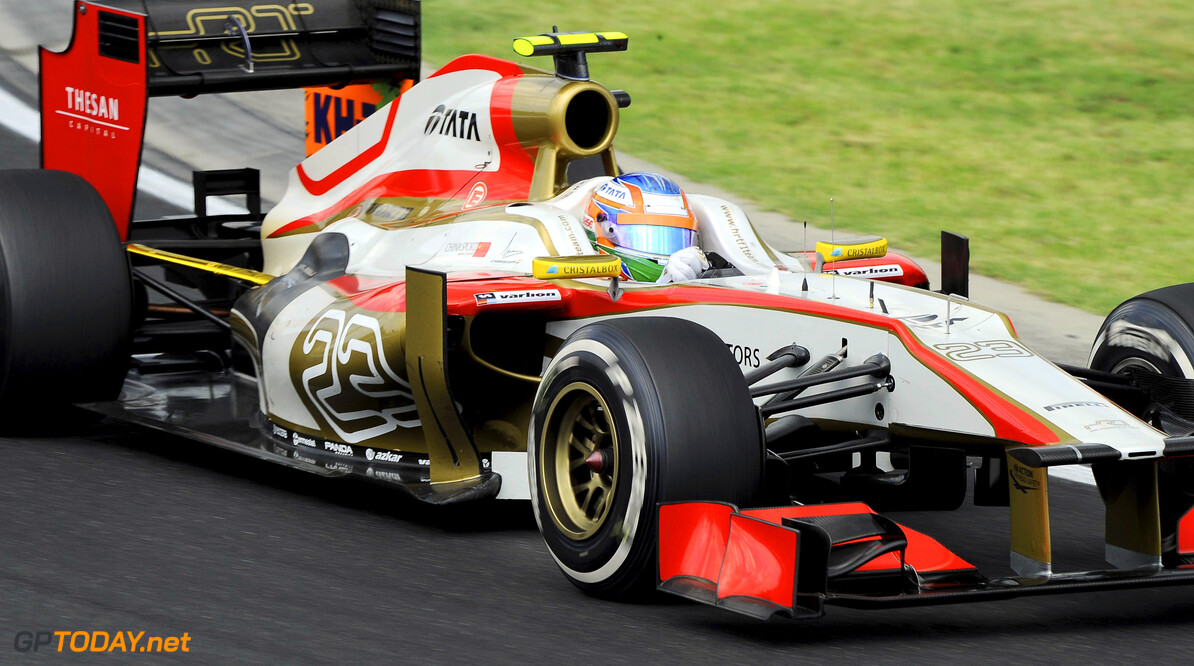 After a two week rest, the Formula 1 World Championship returns and it does so at a legendary venue: Spa-Francorchamps. The summer break has helped the team to regain strength to face a very intense second part of the championship that gets underway on the first weekend of September in Belgium. Spa was inaugurated in 1921 and was originally 14.1 km long but, due to safety reasons, it has been reformed on various occasions and is currently 7.004 km long, making it the longest circuit in the championship. Dani Clos will take part in the first free practice session alongside Pedro de la Rosa, for the fifth time this season, replacing Narain Karthikeyan.

Spa-Francorchamps is a very complete circuit which has a lot of ups and down, whilst also combining slow and fast corners, some of them being blind turns. The track is a real challenge for the drivers and their cars as, not only do they have to take on the challenge presented by corners such as Eau Rouge or La Source but they also have to cope with changing weather conditions. Pirelli has elected its hard and medium tyres for this Grand Prix.

Pedro de la Rosa: "Spa is one of the drivers' favourite tracks; it's spectacular and difficult, not only because of the type of corners but also because of the weather, since one part of the track can be dry whilst another is wet, so you have to be able to adapt quickly. Were going to use the same medium downforce that worked so well in Canada so we hope to perform well despite the large amount of high speed corners. Weve all returned full of energy from the holidays and I personally arrive in my best physical condition of the season and really looking forward to taking on the second half of the championship.

Narain Karthikeyan: "Spa is a drivers track. I won here in my Formula 3 days so I have some nice memories and the atmosphere is always great. Even though a lot of run-off has been added over the years, it still has some of the most challenging corners on the calendar. And then theres the classic Spa weather which nearly always plays a part in the final result. Well be using the same medium rear wing which worked well in Canada so we hope it goes well in Spa and aim to maintain our progress throughout the second part of the championship. Were back after a much deserved break after an especially intense start to the season for us and were really looking forward to it.

Dani Clos: "Once again I have a chance to step into the car and work for the team and that fills me with satisfaction. Especially after having run in the events leading up to the summer break, for me it is really important to stay active and be able to continue growing alongside my teammates Pedro and Narain. Spa is a circuit where I have great memories. I won my first international one-seater race there, thats something you never forget and it makes me have special feelings for this circuit. Ive been able to rest these days, at least by not travelling, but I havent stopped training and Ive stepped up the rhythm since last week to make it to Belgium in prime conditions to be able to give it my all.

Luis Pérez-Sala, Team Principal: "After the summer we head into the Belgian Grand Prix with a lot of hunger and desire. Were starting the second part of the championship and we will try to continue in the same manner as the first part and improve. Spa is a circuit that the drivers really like because it is the longest in the championship and is made up of a combination of fast and slow corners, besides being located in a beautiful area. It is a medium downforce circuit and the temperatures arent extreme so we shouldnt have any reliability issues. The weather is always unpredictable in Spa so we have to be ready to take on any situation.
F1 News Pirelli
<< Previous article Next article >>
.