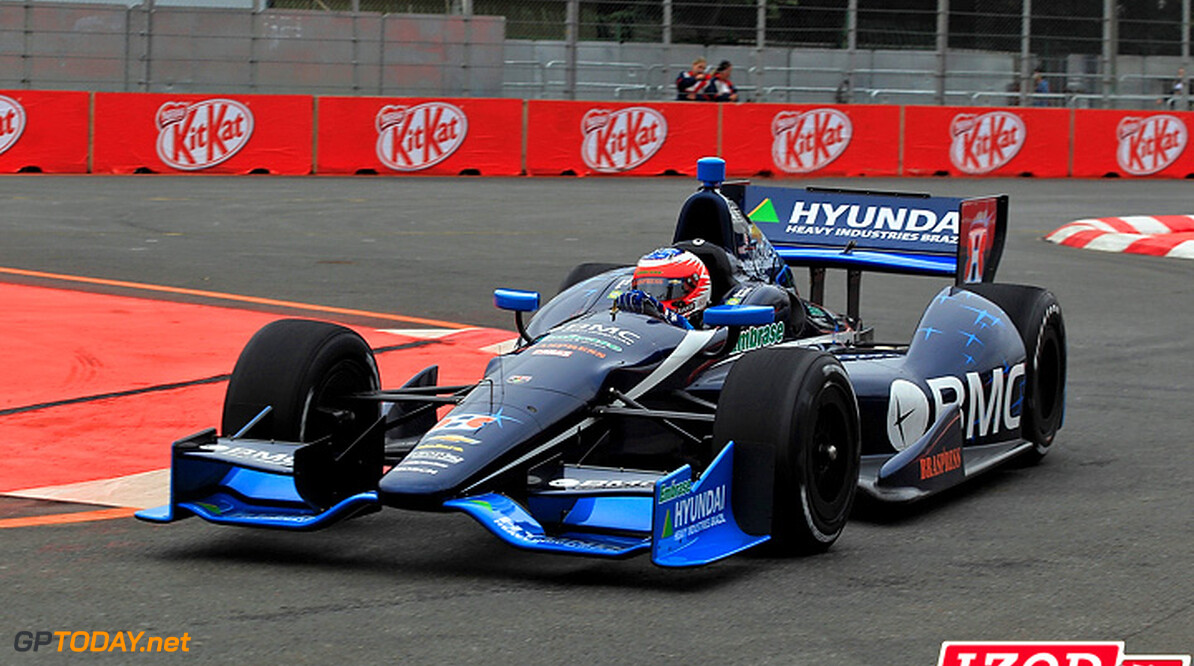 Rubens Barrichello has admitted that driving an Indycar after an almost two-decade formula one career was a rude awakening. And not just the speed difference. Asked by Germany's Auto Motor und Sport if his new mount felt slow even after Williams' uncompetitive 2011 car, the Brazilian said: "Yes, at first. But when you come to Indianapolis, you think differently about the speed."

The biggest difference, he explained, is the driving style he now needs to deploy. "I am driving a car that is 200 kilograms heavier, so my precise and smooth style that I had over 19 years in formula one is not needed here," said the 40-year-old. "I have to be aggressive, against my instinct," said Barrichello.

Another major difference, said the winner of 11 grands prix, are the circuits. "As the former president of the GPDA, I have to say that we would not allow these circuits in F1. No formula one drivers would go there," said Barrichello. "They are very bumpy, there is no run-off. You have to get used to it after being spoiled in formula one. If we would take the Indycar to the European tracks, I would look better," he insisted.

Barrichello said that it is for that reason that - perhaps strangely - he is performing better this year on the ovals compared to the bumpy road and street circuits. "I'll tell you why," he explained. "It's because a precise and smooth driving style works best on the ovals. I can drive there (on ovals) according to my instincts."

Another rude awakening, said Barrichello, has been the technology shift. "In formula one of course, there are many electronic toys that do not exist here. Even in the car setup of the Indycar there are not too many adjustments you can make; just the classical dampers, springs, anti-roll bars. There is nothing wrong with that, there is simply less money available. Here, you can put together a car for five million dollars. In formula one you need more like 50 million," said Barrichello. (GMM)
F1 News Williams
<< Previous article Next article >>
.