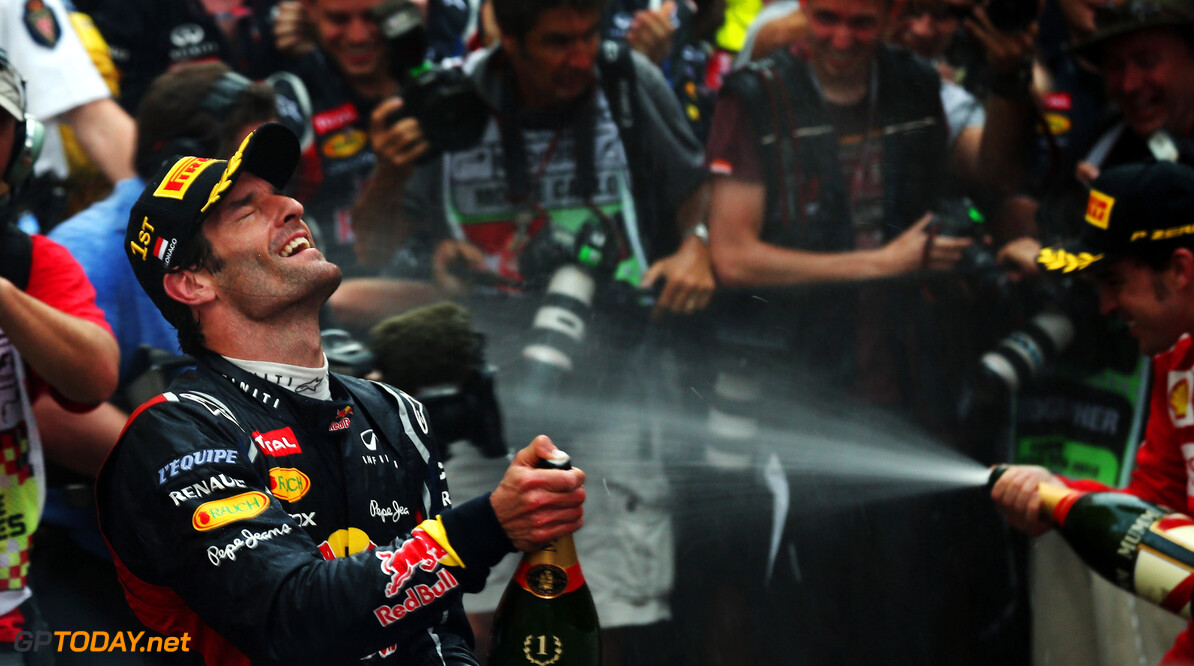 Red Bull is planning to settle the matter of its 2013 driver lineup "in August", team consultant Helmut Marko has revealed. Without a contract for next season, Monaco and Silverstone winner Mark Webber is now Fernando Alonso's closest challenger for the 2012 title and rumoured to be considering teaming up alongside the Spaniard in 2013.

Asked to contemplate sharing the famous Italian team with Webber, Alonso said on Sunday: "I don't know. I think it's just imaginary pictures." The speculation, however, is real, as 35-year-old Webber indicated that, after the British grand prix, he has a choice to make. "I'm not far off my decision," he is quoted by Melbourne newspaper The Age. "I've had discussions with people close to me and we had more discussions over the weekend, so getting closer."

But while there has been total silence on the Webber issue from boss Stefano Domenicali, Red Bull chiefs have made it clear they would like to keep the tall Australian alongside Sebastian Vettel in 2013. Marko said the matter will get his full attention in F1's summer break. "In August we will resolve the 2013 driver issue," he is quoted by Sport Bild.

Australia's last world champion, Alan Jones, earlier advised Webber to jump ship to Ferrari, but he now thinks he should stay at Red Bull. "A couple of months ago I would've said maybe look at Ferrari for a fresh start and, getting towards the end of his career rather than the beginning of it, it's always good to get on your CV that you're an ex-Ferrari driver," he told AAP news agency.

But given Webber's new form and Red Bull's return to the top, Jones added: "Red Bull would be silly to let him go and he'd be wise to stay where he is. "I think he's just put himself in a far better bargaining position after the weekend." (GMM)
F1 News Fernando Alonso Sebastian Vettel Ferrari
<< Previous article Next article >>
.