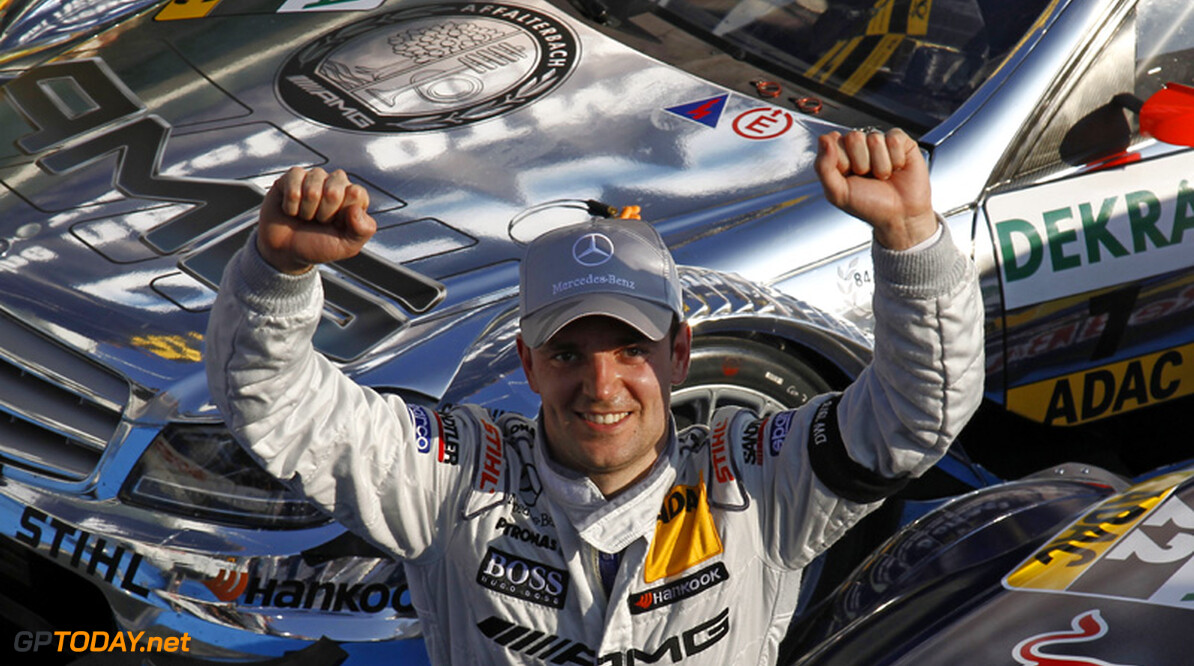 The 2012 DTM season will see Mercedes-Benz and Jamie Green continue a long-standing collaboration that first began in Formula 3. It will be his eighth season in the worlds most popular touring car series and his fifth driving for the HWA team; the British driver has achieved five of his seven DTM victories to date with HWA.

Green has 74 DTM races behind him and will drive the new Mercedes AMG DTM C-Coupé, the successor to the AMG Mercedes C-Class, which is the most successful saloon car in DTM history and claimed 85 victories in 159 races. It was Green who drove the C-Class to its final victory at the 2011 DTM season finale in Hockenheim.

Greens tally of wins (7 in 74 races)  a rate of just under ten percent  makes him the fourth most successful active driver in the DTM. In this respect, his achievements are bettered only by: Bruno Spengler (9 wins in 74 races, all for Mercedes-Benz), which equates to a rate of 12 percent; by Mattias Ekström (17 wins in 112 races)  a rate of 15 percent; and by Mercedes-Benz DTM driver Gary Paffett, with a win percentage of 21 percent (17 wins in 81 races).

The British driver has been at Mercedes-Benz for 15 years. He took part in the young driver development programme with McLaren and Mercedes-Benz in 1997. He claimed seven wins in the 2004 Formula 3 Euro Series driving a Dallara-Mercedes, and made his DTM debut in 2005, securing sixth place overall in his first season.

In seven DTM seasons to date, Green has secured seven victories, six pole positions, ten fastest laps and 17 podium finishes. Between 2008 and 2010, he won the DTM race at Nurembergs Norisring three times in a row  driving the same AMG Mercedes C-Class each time.

Jamie Green: DTM enters a new era in 2012. New cars and new technical rules promise to make the championship even more exciting than ever before. Thats why Im looking forward to bringing my experience from seven DTM seasons to bear on the development and set-up of our new DTM AMG Mercedes C-Coupé, which will play an important role in the fight for top positions. I hope I can start the new DTM era in Hockenheim where I left off last year.

Norbert Haug, Vice-President Mercedes-Benz Motorsport: Jamie Green is without doubt one of the finest and fastest drivers contesting the DTM. Since graduating from our young driver programme to become 2004 Formula 3 Euro Series Champion in his Dallara Mercedes, and then join our DTM line-up, he has put in some great race performances  most notably his showing in last years DTM season finale at Hockenheim.

Jamie cruised home to record the 85th victory for our Mercedes C-Class in its 159th and  quite probably  final DTM outing. This model goes down as the most successful car in the history of the DTM. We look forward to the new season with Jamie who, like a true racer, has been polishing up his German skills, so that they are now almost as perfect as his drive in Hockenheim. On that occasion, Jamie crossed the finish line a full 20 seconds ahead of the next driver in the same car. It is obvious that Jamies Hockenheim performance is the blueprint for an ideal race. But when it comes to what exactly that secret is, Jamies keeping it to himself  with typical British discretion.
DTM News Mercedes McLaren
<< Previous article Next article >>