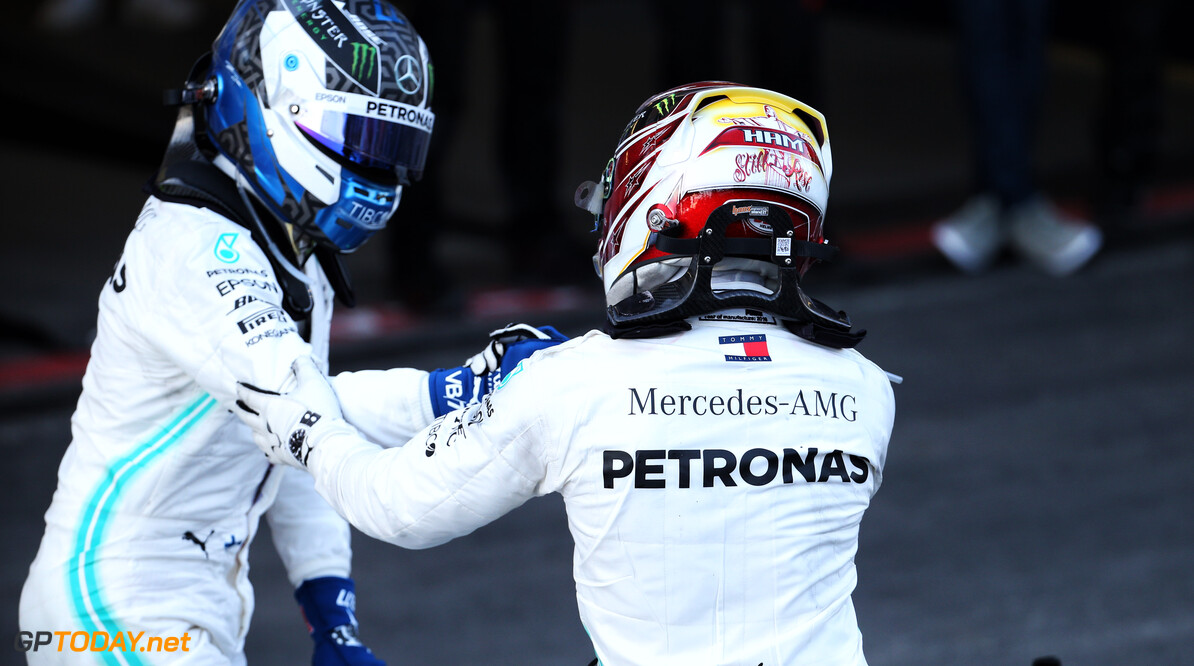 Column: Mercedes stays efficient as Leclerc gets a reality check

Mercedes once again executed a perfect weekend in Azerbaijan, as it continues to stretch out its advantage over Ferrari in the fight for the title.

Ferrari failed to keep maximise the weekend and lost out to their Silver Arrow rivals. To say the race was comfortable for Mercedes would be false, but in reality, its only main threat of losing the Grand Prix was if Valtteri Bottas and Lewis Hamilton took each other off the race track.

For most of the 51 laps, Bottas seemed to be in control, maintaining a small but consistent gap over Hamilton to take his second victory in four races.

It was another impressive performance from the Finn who takes over the lead in the championship, which he lost after the milestone 1000th Grand Prix event in Shanghai two weeks ago.

Ferrari looked the strongest outfit in practice, as it boasted a strong 1.4-second gap over Mercedes after the final session on Saturday morning. Mercedes claimed that the cooler track conditions hurt Ferrari as qualifying saw two major delays with crashes for Robert Kubica and Lewis Hamilton.

But for Mercedes to go from (on the timesheets) 1.4 seconds behind to three-tenths in front of Ferrari from one session to the next has almost been the story of the season so far. Right when Ferrari looked geared up to take the prizes, Mercedes spoils its party.

Of course, Ferrari managed to lock out the front row in Bahrain during qualifying, displaying that there is pace in the car. But it seems the set-up window of the SF90 is particularly narrow, which makes it very difficult for it to unlock the pace on a consistent basis.

Mercedes baffling everybody into thinking they were doing practice starts during Q3 tickled me, as they were just pulling over to let everyone past in order to get a slipstream. It was a risky thing to try, especially after what happened to Red Bull and Haas in China.

But Mercedes pulled it off, highlighting its efficiency and confidence to try something different in order to get the job done.

Then you must praise Bottas and Hamilton who withstood the challenge from Vettel in the dying moments of the session to lock out the front row once again.

Ferrari meanwhile, had just one car competing in the Q3 session, as Charles Leclerc made a mistake at the castle section – one that compromised his race as well as his efforts in qualifying.

“I am very sad for what happened but I deserve it," Leclerc said after qualifying. "I have been stupid, as I said on the radio. I have calmed down but I still think I have been stupid. This doesn’t change.

“Pole was possible today and I threw all the potential in the bin.”

Leclerc’s humbleness and quick ability to point out his own mistakes won’t help him cut out these errors, and although he may be young and inexperienced, he was promoted by Ferrari to help it win world championships.

As the cliché goes, you’re only as good as your last race in Formula 1. Leclerc has impressed this year and is set to have a successful career ahead of him – but his mistake cost Ferrari dearly. Going long on the mediums didn’t work for Leclerc, and pitting with 16 laps to go for the softs was asking a lot.

The Mercedes operation is really something to admire and watching Ferrari struggle to match and beat it is something we’ve seen quite often recently. Time is running out for Ferrari to claw back the big lead Mercedes has over it – and the Silver Arrows look nowhere near slipping up.