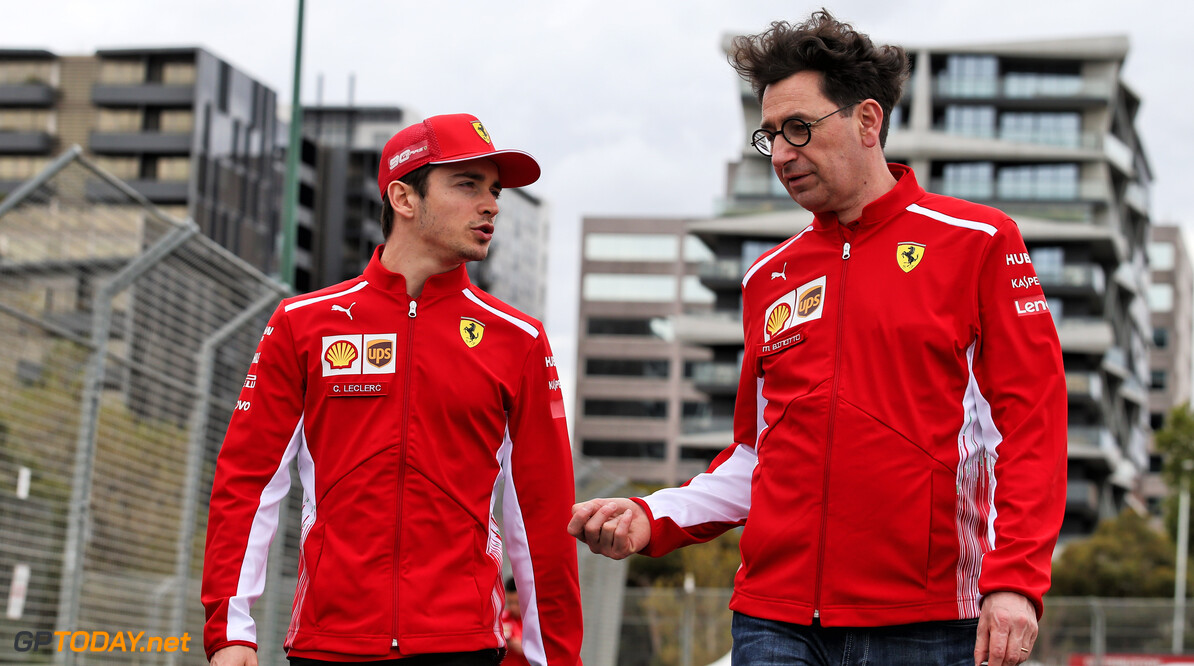 Column: Questions ahead of the Australian Grand Prix

The months of waiting are almost over - Formula 1 is back, and it is set to provide the fans with a monumental season in 2019.

As we prepare for the start of the new season, GPToday.net looks at three headline questions heading into the season-opening race.

There wasn't much hubbub during the off-season, as much of the kerfuffle was dealt with prior to the end of the 2018 campaign. Arguably the biggest story from last year was the news that Ferrari opted to promote Charles Leclerc to the senior team despite his lack of experience in F1.

How will Charles Leclerc fare at Ferrari?

Prior to the confirmation that Leclerc would take up the seat at the Scuderia for 2019, it was a rollercoaster of rumours as each week it appeared to sway either way between Leclerc and Kimi Raikkonen to the naked eye.

In the end, Leclerc got the seat, ticking off another dream achieved by being snapped up by the most successful, most legendary team there is in Formula 1 - all at the age of 21 (Leclerc was actually 20 when the deal was publicly confirmed).

Ferrari themselves have played down expectations for Leclerc, and on the face of it, it looks to be a year of transition for the Monegasque racer. Going up against four-time world champion Sebastian Vettel will be a certain challenge, one he is perhaps not expected to come out on top of.

Nevertheless, there is nowhere to hide when you race for Ferrari. The Maranello squad was quite happy to let Kimi Raikkonen play second fiddle to Vettel - but the Leclerc situation is quite different. Ferrari will be nurturing the 2017 Formula 2 champion, as one day, he will surely be its head honcho.

Should Ferrari have a competitive car, a race win here or there will reflect well on Leclerc. A title victory is at the extreme end of what is possible, but realistically, Ferrari would like Leclerc to be behind Vettel this year, as they would like to avoid any sticky controversies - but team principal Mattia Binotto says they're free to race.

Being thereabouts to Vettel would be considered successful for Leclerc. He doesn't carry the pressure of being expected to win the championship - yet. Which is why he must still prove himself quickly to confirm to Ferrari that he is the right man for the future.

How effective will the new aerodynamic regulations be?

A huge question mark still remains over the aerodynamic changes that have been introduced for the upcoming year.

The aim of the rules is to reduce the amount of dirty air the cars produce which will, in turn, allow cars behind to follow more closely, thus producing a better quality of racing.

The truest indication of where we are at came from the drivers at pre-season testing. Some reported that the new regulations haven't changed anything at all, while others stated that they noticed some sort of improvement.

That really tells us that there is still no definite answer to how these rules are working. And as Haas team principal Guenther Steiner rightly said, don't jump to conclusions right after this weekend's Australian Grand Prix - Albert Park is a notoriously difficult track to overtake on.

Lap times at pre-season testing were noticeably and surprisingly quick. Predictions were that the new rules would make the cars around 1.5 seconds a lap slower, but that doesn't seem to be the case. In fact, the 2019 challengers look set to be the fastest cars we have ever seen in F1.

So the simple answer is, nobody yet knows how effective the new rules are. And we likely won't know until we have a handful of Grands Prix complete.

Will the Red Bull-Honda partnership work?

Perhaps the most intriguing storyline of the upcoming season is the relationship between Red Bull and its new engine supplier Honda.

Red Bull has longed for a power unit in the turbo hybrid era that will allow it to fight for the world title. After five turbulent years with Renault, that period is now over, and the energy drink squad can look to pastures new.

Except, Honda doesn't exactly have a strong record in the turbo hybrid era. Rejoining the sport in 2015, it had three horrendous years with McLaren that damaged its reputation and short term goals.

It enjoyed a more successful 2018 season with Toro Rosso, but was still behind Renault in terms of pace, and could only dream of making gains on Mercedes and Ferrari.

Still, pre-season testing was encouraging for the Japanese manufacturer, and this year it will have four cars rather than two providing it with data. It's hard to believe that Red Bull-Honda will be a championship challenging team heading into the new year, but stranger things have happened.

Got a question you want to be featured? Comment below or email your enquiry to f.walsh@gptoday.net and we may include it in our next preview!