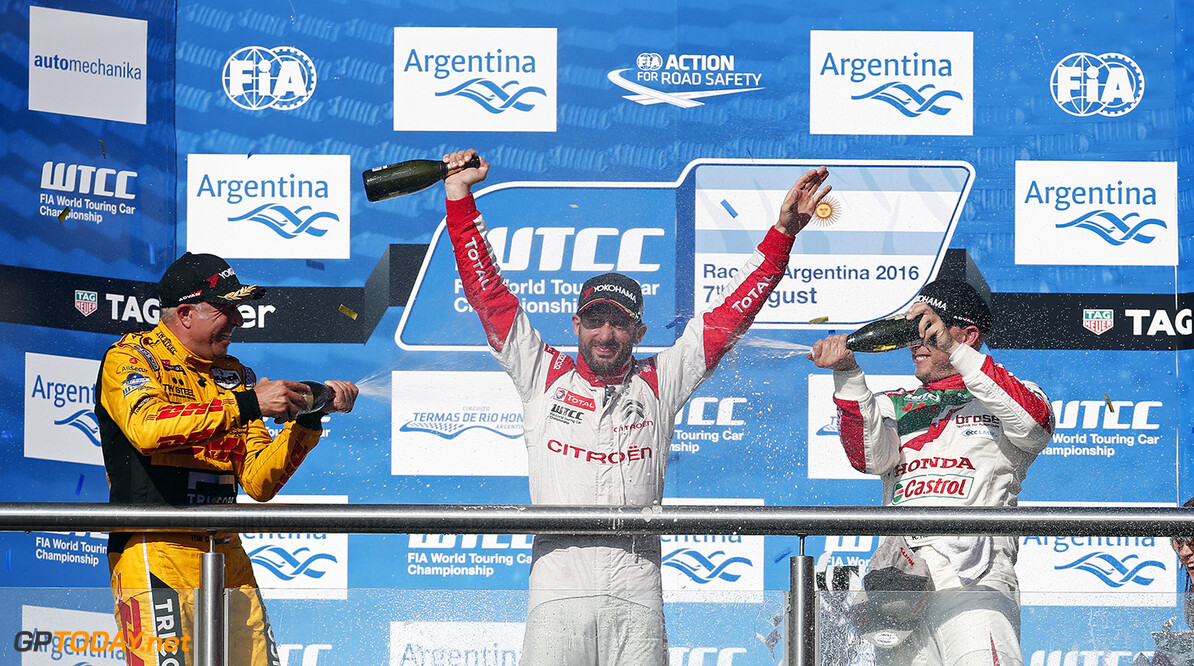 Tom Chilton and Jose Maria Lopez were the victors as the FIA World Touring Car Championship made its fourth visit to Argentina.

Sebastien Loeb Racing driver Chilton took the lead instantly in race one, leading from lights to flag ahead of compatriot Rob Huff and the works Citroen of Yvan Muller. Ex-F1 star Tiago Monteiro and back-to-back world champion Jose Maria Lopez in the other factory Citroen entry completed the top five.

In race two, it was home town hero Lopez who prevailed after a tight tussle with Norbert Michelisz, who eventually dropped down to eighth after leading early on. Tom Coronel was second, with Huff making it two podiums out of two in third. Monteiro was again fourth, ahead of Yvan Muller while former single seater star Esteban Guerrieri was sixth in what was a one off appearance at his home round.