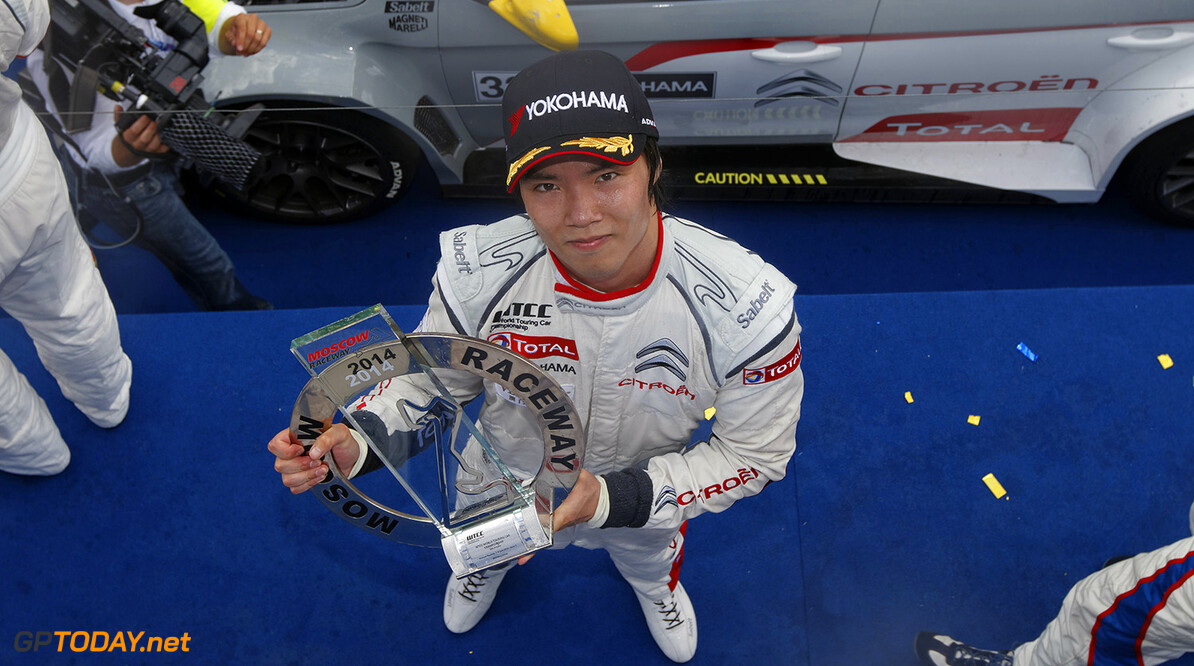 Ma gets fulltime raceseat at Citroën

Chinese driver Ma Qing Hua will take part in every round of the FIA WTCC 2015. Having already won one race last year, he has once again been entrusted with an official Citroën C-Elysée WTCC driver’s berth. This commitment is a key component of Citroën’s development policy in China.

The experience gleaned in 2014 by Chinese driver Ma Qing Hua and Citroën Racing in their first season together in FIA WTCC is opening up new horizons for both parties.

Last year, Ma Qing Ha lined up in a Citroën C-Elysée WTCC at five meetings, and made motorsport history at the Moscow Raceway by becoming the first Chinese driver to win an FIA World Championship race. His potential was confirmed by a podium place in the first race at Shanghai.

The decision to continue and expand this fruitful collaboration in 2015 is a key component of Citroën’s development policy in China, the Brand’s biggest market.

Ma Qing Hua will once again team up with Yvan Muller, Sébastien Loeb and World Champion José Maria Lopez. Four Citroën C-Elysée WTCCs will be entered in the competition by Citroën Racing.

Julien Montarnal, Director of Marketing, Communication and Sport, Citroën: "China has become Citroën’s biggest market in terms of sales. Welcoming Ma Qing Hua, a high-quality Chinese driver, into our team has already enabled our brand to boost its profile among a population that is just beginning to discover motorsport. Our ambition is to continue to move forward together. Ma is a perfect ambassador for Citroën, on track and off."

Yves Matton, Team Principal, Citroën Racing: "Last season, we tested lots of drivers to find one that had the potential to shine at the wheel of a Citroën C-Elysée WTCC in the FIA WTCC. Our decision to go with Ma Qinq Hua was vindicated in his second race, in Russia, which he won. We hope to build on the experience he has gleaned from his first five meetings with a full racing programme in 2015."

Ma Qing Hua: "I'm really happy to be carrying on with Citroën. As soon as I arrived in the team, I felt like part of a family. I have learnt a huge amount with Citroën Racing and through the other drivers. Competing in every round of the championship marks a new stage in my career. I know that Citroën are counting on me, and I promise to give it my all."
WTCC News
<< Previous article Next article >>
.