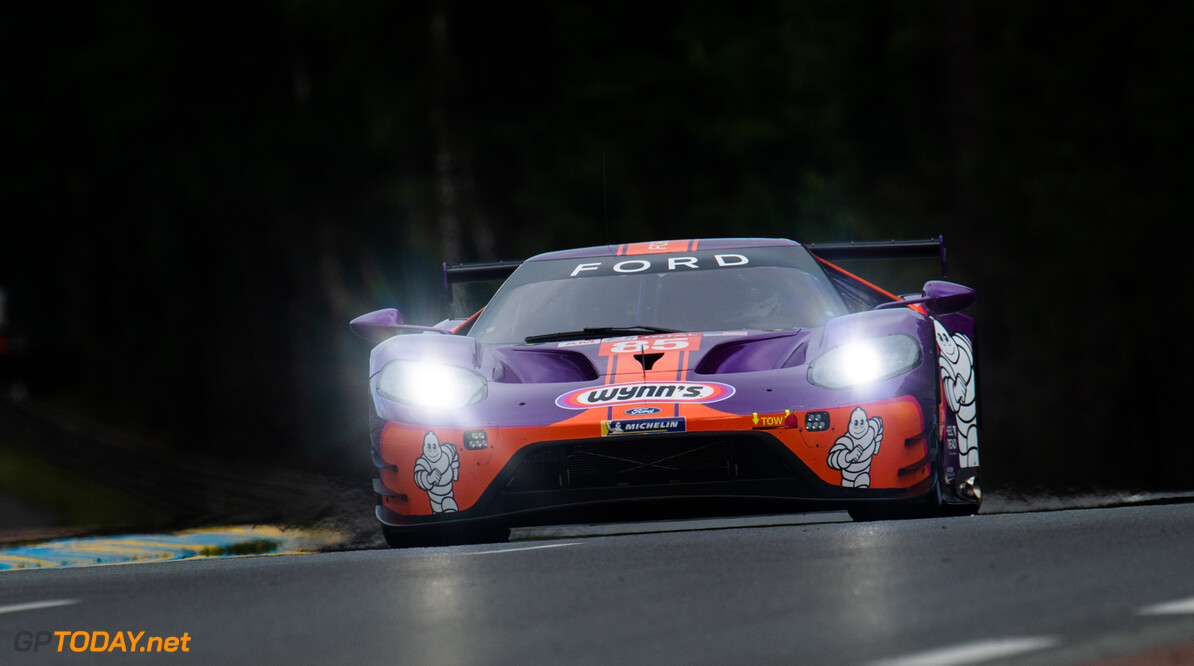 The #85 Ford GT, driven by owner Ben Keating alongside teammates Jeroen Bleekemolen and Felipe Fraga has been stripped of it's GTE-Am win at the 24 Hours of Le Mans.

The team was penalised for re-fuelling the car too quickly during pitstops throughout the race. The rules say that the refueling time should be no less than 45 seconds, but for Keating the time was 44.4s per stop.

The FIA calculated the time penalty that was applied to their race result by multiplying the number of offenses (pitstops) by the time gained at each one. This result was then multiplied by four to arrive at the 55.2s.

They had finished top of their class by 44.9s, so the original penalty meant that they slipped behind the No. 56 Porsche.

14 hours after the race however, a separate ruling showed that the fuel tank capacity on the No. 85 was also higher than it should have been, which led to their disqualification. The tank was meant to hold 96 liters of fuel, but instead, it was found to hold 96.1 liters.

The disqualification now means that the No. 56 Porsche driven by Patrick Lindsay, Jorg Bergmeister, and Egidio Perfetti are crowned as the class victors.

"It’s really unfortunate,” Keating said. “The only thing we can figure out is if the [fuel] bladder had a wrinkle in it or what, but somehow or another over the 24-hour race, our fuel cell expanded.

“The fact is that we were one-tenth of a liter with too much fuel. If I was the second-place car, I’d be saying a rule is a rule.”