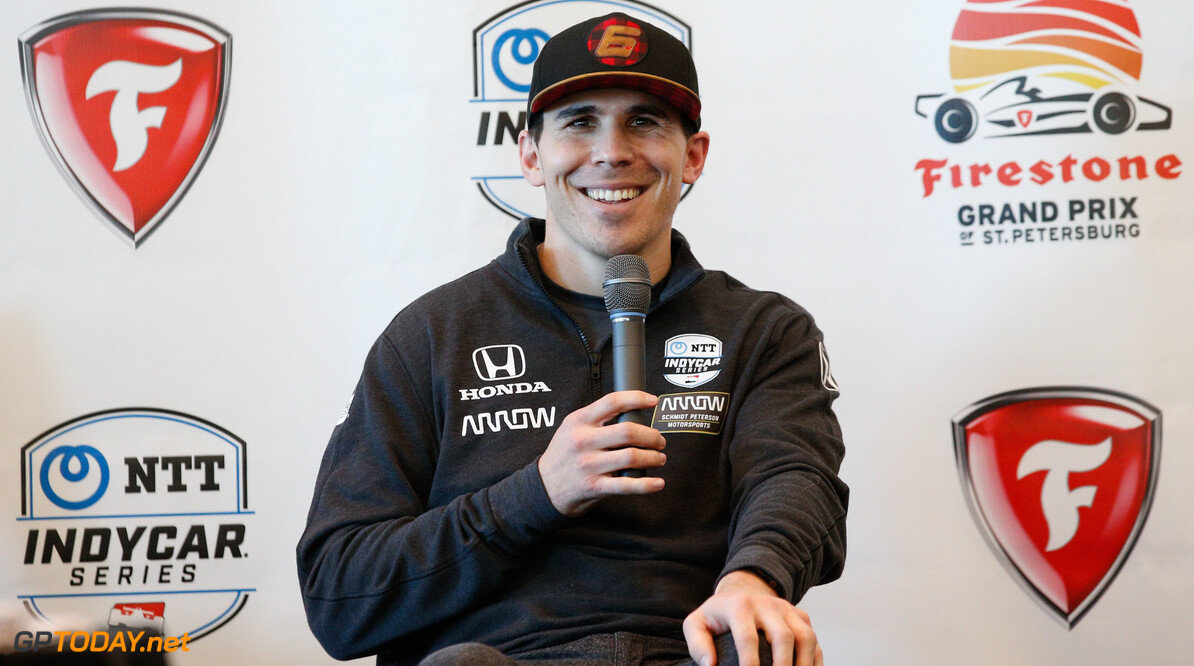 Robert Wickens says that returning to IndyCar in the future is his dream goal as he recovers from severe injuries that he suffered last August.

While going side-by-side with Ryan Hunter-Reay at Pocono, the two made contact which resulted in Wickens' car being catapulted into the catch fencing, leaving him with broken legs, a broken right arm, a spinal injury and a bruised lung.

The Canadian has been pushing to regain his strength ever since, and made his way to St. Petersburg this week to attend the opening round of the 2019 season.

Wickens is confident that he will one day be back behind the wheel of a racing car, but admits that he would ideally like to be competing in IndyCar once more.

"The goal is to get back into an IndyCar,” he said. “We won't know till I try if it's a reality. Apart from that, I mean, there's been so many remarkable drivers that have succeeded with hand controls in motorsports that it makes me believe that regardless of how my progression goes, I will be in a racecar again.

"Just a matter of which car. The dream is an IndyCar. I know the [Arrow Schmidt Peterson Motorsport] team has been very outspoken that they'll always have a car for me when I can race.

"I think there's also rules and regulations that we have to abide by. I don't know how many modifications we can make, et cetera. We'll have to cross that bridge when we get there.”

SPM has left Wickens' #6 empty for the 2019 season as they await his return. Wickens admits that he isn't quite sure how much his injuries will heal over time, but described his progress so far as "linear".

"We're getting there, one step at a time. It's basically all I can say – we're making progress. The thing with a spinal injury is you never know when that day comes where you won't progress any more. I think right now we're trying to utilize every day we can to get as healthy as I can.

“There's no real [knowing] why I'm getting the results I'm getting, or if I did more or less if it would change the results. No one really knows.

“The big thing for me is right now they always told me kind of the six to nine months or the six to 12 month frame is where you'll see the most progression. I'm kind of right at the beginning of that. Hopefully I didn't peak too soon!

“We're just a little bit over six months post-injury. I am getting a lot of improvement from week to week. I don't think it's really been escalating. I think it's been pretty linear. Every week we're making small improvements."