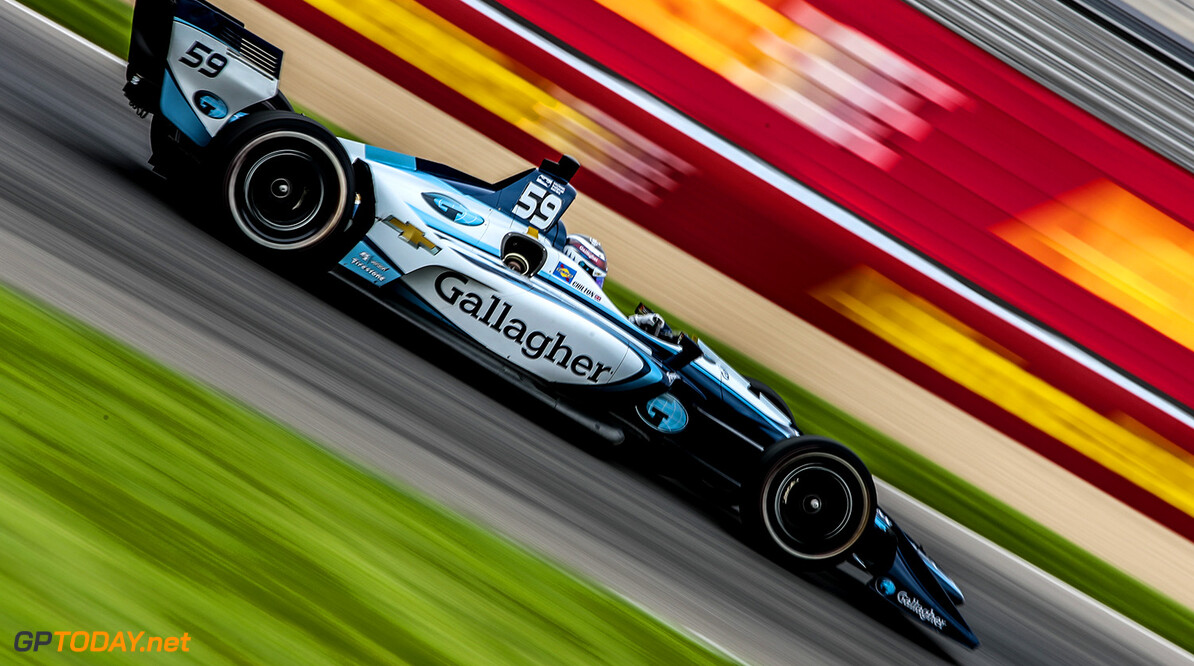 Chilton to run a second full season with Carlin

Max Chilton will remain at Carlin for the 2019 IndyCar season, which will mark his fourth year in the series. Carlin made its IndyCar debut last year, bringing in Chilton from Chip Ganassi Racing, and placing him alongside Charlie Kimball.

While Chilton will run the full season, Kimball will return on a part-time basis. Carlin has also retained its primary sponsor, Gallagher (a global insurance brokerage), which will feature on the #59 car throughout the 2019 campaign.

“We’re very happy that we kept both drivers and both sponsors for the second year,” said team principal Trevor Carlin. “We’re very pleased that Gallagher has shown faith in us and realized the potential of the team, even though we didn’t really show it properly last year.

"They believe in us and they have confidence in us going forward. The same goes for Novo Nordisk and their longtime support for Charlie -- it's been such a privilege for us to become a part of their 11-year relationship.

"We’re one of the first new teams in a long, long time that has entered INDYCAR and done a full season with two cars and to carry both of those drivers forward for a second season. We’re pretty proud of that.”

Chilton joined the IndyCar series after spending two years in Formula 1 with Marussia. His best result remains a fourth-place finish, having obtained it at the 2017 Indianapolis 500 - a race in which he led 50 laps.

“I couldn’t be happier to formally announce that Gallagher will be back for the 2019 season partnering with myself and Carlin,” Chilton said "Gallagher and Carlin are like family to me, and I’m excited to see what we can do together building on both partnerships.

"Our first year together as an INDYCAR team had its ups and downs, but the potential and growth that we showed as a team was obvious to everyone.”