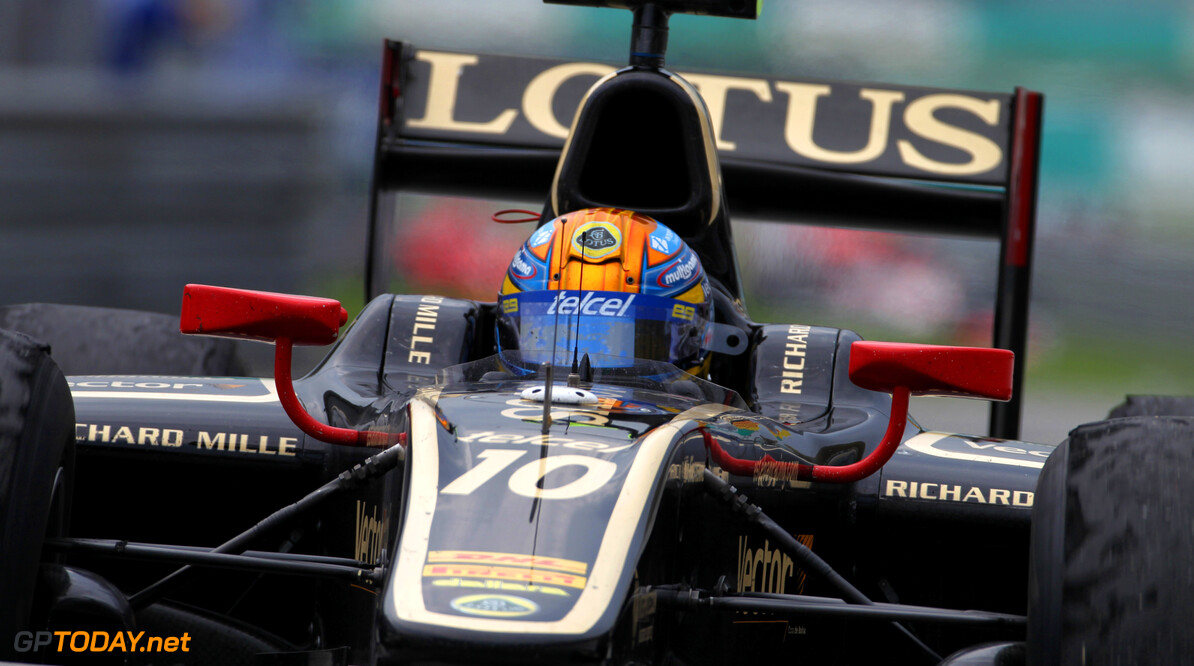 Lotus GP2 driver Esteban Gutierrez has won the inaugural Pirelli Trophy for tyre management, which was presented to him by Pirelli's racing manager Mario Isola at the GP2 prize-giving ceremony in Paris on Friday night.

Gutierrez, who also won the 2010 GP3 title  the first year that Pirelli returned to single-seater racing  was judged to have used his tyres in the best way all year by a panel of 50 international Formula One and GP2 journalists, who were tasked with voting for a winner.

Gutierrez's tyre management skills allowed the Mexican to finish third in the hotly contested GP2 Series this season, behind Davide Valsecchi and Luis Razia. In particular, the Lotus driver managed to claim three wins (in Valencia, Britain and Hungary) to keep his title hopes alive right up to the closing stages of the season.

He also racked up four other podiums (apart from his wins) and five fastest laps, equalling Valsecchi's total of the number of fastest laps in the season. In addition to this, Gutierrez has become the first ever GP3 graduate to finish in the top three of the GP2 standings.

One of the keys to Gutierrez's success was his ability to manage tyres; meaning that he enjoyed a run of consecutive points finishes from the start of the season all the way to Monaco  demonstrating consistency as well as speed. His victories throughout the season also made good use of tyre strategy: at Silverstone, for example, he was the first of the leading runners to pit and this decision helped him to win the race. This year, the GP2 drivers had the choice of two different compounds for every race, just like Formula One, adding a new element of strategy into each weekend.

Pirelli's racing manager Mario Isola commented: "We are extremely happy with the jury's vote to give Esteban the prize. Our philosophy behind the GP2 tyre design this year was to help prepare young drivers for Formula One by giving them the opportunity to learn how to maximize the capabilities of our compounds. Esteban grasped the principles of tyre management right from the start of the season, demonstrating the sensitivity to tyres that we already saw from him in GP3. Consequently, he was able to use his knowledge of the tyres to enhance his performance during races and give himself the best possible chance of fighting for the championship."
GP2 News Esteban Gutierrez Pirelli Lotus F1
<< Previous article Next article >>
.