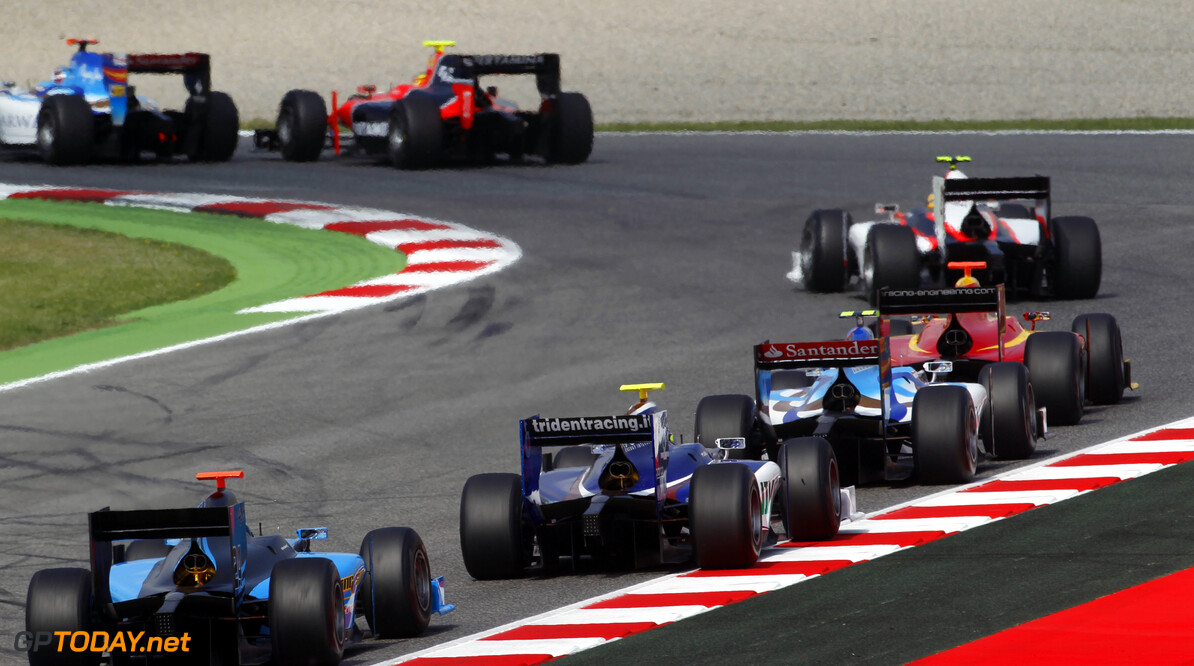 GP2 Series tyre strategy gets even closer to F1

A fifth set of Pirelli tyres will be provided to the drivers from Silverstone onwards. Since its inception in 2005, the GP2 Series main goal has been to prepare young drivers to the pinnacle of motorsport: Formula 1. Tyre management has always been key in helping the drivers to step into F1 easily and be competitive quickly.

Formula One and GP2 Series' sole tyre supplier Pirelli has been working closely with the Series to provide the GP2 drivers with compounds as close as possible to the ones used in F1. In order to keep in line with the Series' philosophy of preparing young drivers for the next step, it has been decided that from Silverstone race weekend onwards, each driver will be provided with an additional set of Prime tyres which will bring the total sets of dry-weather tyres allowed to five.

GP2 Series CEO Bruno Michel commented: "The tyre management and strategy are now more than ever key to success in Formula One. Our main goal in GP2 is to prepare our drivers for the next step and getting close to the strategy used in F1. Looking at how well and quickly our graduates have adapted to F1, we can say that our mission is complete. However, we always try to keep in line with F1 practices, and adding a fifth set of tyres is a fantastic opportunity for our teams and drivers to work on some new and exciting strategies. It will allow drivers to maximise their track time during Free Practice on Friday and as in F1 it will entice the teams to use two different compounds in Saturdays race. I am pleased that Pirelli has agreed to this change of regulations which will also add to the excitement of the show."

Pirelli Racing Manager Mario Isola said: "By adding an extra set of softer tyres to the weekend allocation in GP2, we are giving the drivers more options in terms of strategy and more experience of the tyres. With just one set of the soft tyres available to them up to now, the drivers have tended to use these just for qualifying, without the opportunity to test them in free practice first. Now they will have the chance to run on them in free practice as well, while saving a new set for qualifying. This will allow them to have more information with which to plan a strategy over the course of the weekend. Our aim with GP2 is to replicate as closely as possible the conditions that the young drivers will encounter in Formula One. With more opportunities to show their skills in every area, we look forward to helping the next generation of champions emerge from GP2, as well equipped as possible to go all the way to the very top of international motorsport."
GP2 News Pirelli
<< Previous article Next article >>
.