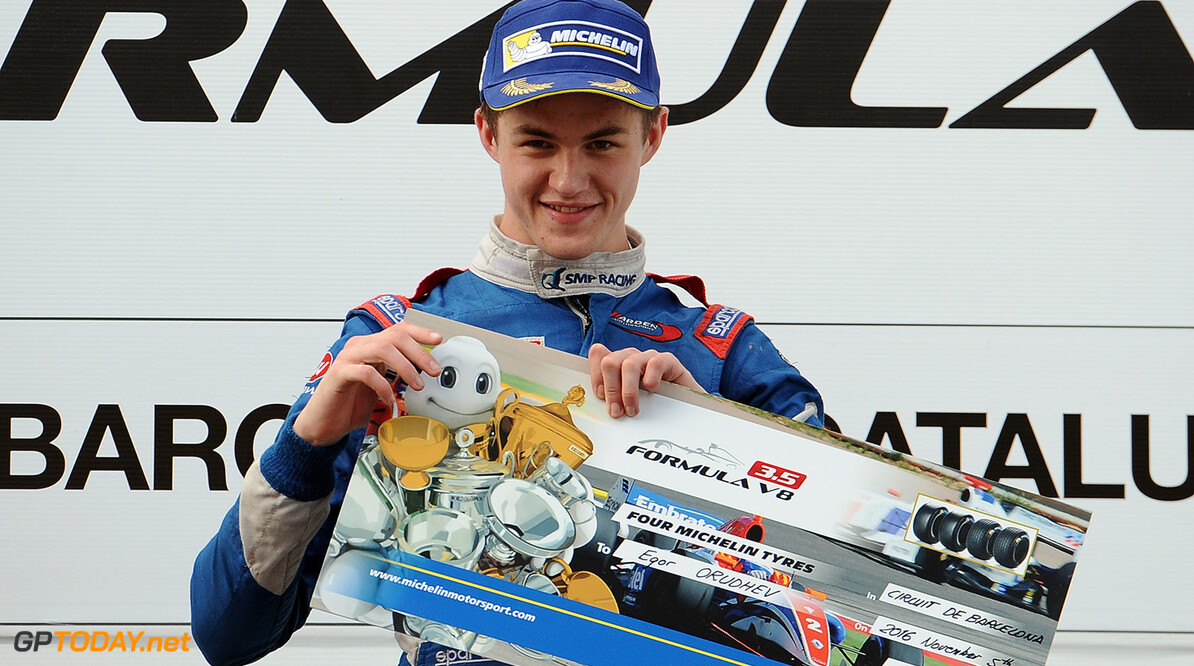 AVF by Adrián Vallés will complete its driver line-up in the World Series Formula V8 3.5 with the young Russian driver backed by SMP Racing, Egor Orudzhev.  The 21 year-old driver from Saint Petersburg was one of the best rookies in the discipline and last year, he finished third in the Series, with 4 significant victories.

Orudzhev completes a full SMP Racing backed line-up for AVF Team alongside the Moscow racer Matevos Isaakyan (19). AVF achieved the driver’s Title in 2016 with the Frenchman Tom Dillman. The Spanish team hopes to hold the momentum in the discipline with these two Russian actives, becoming one of the youngest   pairing in the World Series Formula V8 3.5.

Adrián Vallés, AVF Team Principal: "We are very proud to welcome Egor in the Team. Last year he finished third in the discipline and for sure this year he will be one of the Title contenders in his third year of participation. With both SMP Racing drivers, Isaakyan and Orudzhev, I’m confident that we have one of the strongest line-up and after our win last year and we want to revalidate the Title. We’re ready for more!"

Egor Orudzhev: "I’m happy to become a part of AVF. They were very competitive and consistent last year and I look forward to build-up on this to enjoy even more success in 2017. This is a good opportunity to fight for the Title! Once again I would like to thank SMP Racing for their support and believing in me. I can’t wait to be back on track!"