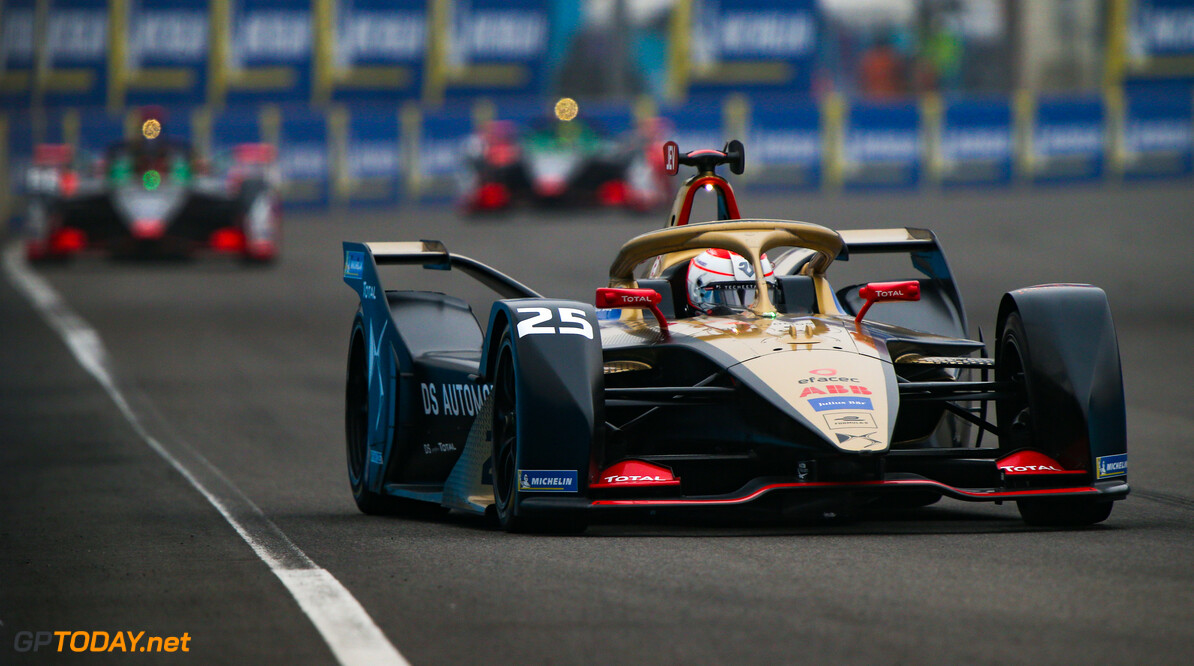 Techeetah's Jean-Eric Vergne took victory this afternoon in Berlin as Antonio Felix Da Costa finished in second, securing both the title for himself and the Techeetah team. Nissan's Sebastien Buemi took his second podium in four races with third.

After taking his second pole in a row, Vergne led away from teammate Da Costa, as yesterday's winner Max Guenther crashed into the NIO of Oliver Turvey, bringing out a safety car straight away. Virgin's Robin Frijns did not take the start with issues with his battery.

Vergne maintained the lead on the restart, as drops of rain were reported across the track. Audi's Rene Rast entered attack mode as the rain started coming down.

Guenther was giving a grid penalty of three positions for Tuesday's race for the collision with Turvey, as Alex Lynn and Felipe Massa also activated attack mode.

The top eight queued up behind one another as multiple cars took attack mode, with Da Costa dropping second to Rowland, but Da Costa was quick to retake the position.

Nyck De Vries and Oliver Rowland crossed the line in fourth and fifth, while Lucas Di Grassi and Mitch Evans finished in sixth and seventh.

Da Costa then took the lead from Vergne, as further back Alexander Sims got past Sam Bird for fourteenth, barging the Virgin out of the way at turn one.

Di Grassi swept past Evans to take eighth, as the two Techeetah's pulled enough of a gap to take their second attack modes with fifteen minutes to go.

With less than ten minutes to go, Lynn complained of having no feedback on his dashboard, slightly falling back as a result, as the two Techeetahs went head to head with the two Nissans for the podium positions.

Both Vergne and Da Costa defended together to keep third-placed Rowland behind, with Mercedes' De Vries joining the fight, as Da Costa returned the lead to Vergne.

Rowland was asked to let teammate Buemi through into third, as the Swiss driver went on to attack the two cars in front.

The Techeetah's would remain unchallenged as Vergne brought the home with Da Costa behind, securing both the team's championship for Techeetah and Da Costa.

Eighth and ninth went to Andre Lotterer and Lynn, while Massa took the final point in tenth.