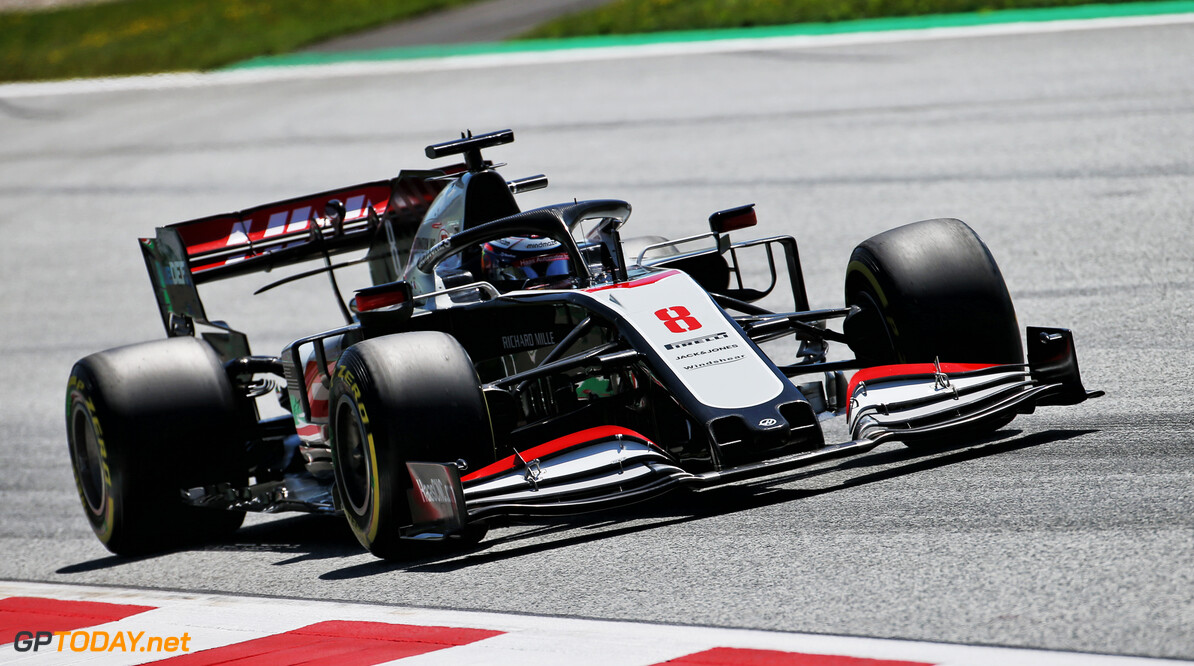 Romain Grosjean will start the Styrian Grand Prix from the pit lane after Haas mechanics broke Parc Ferme to work on his car post-qualifying.

The Frenchman failed to set a lap during qualifying on Saturday after an ERS issue ht his car at the start of Q1.

A statement from the stewards reads: “As reported by the Technical Delegate and confirmed by the team manager during the hearing, the team did not stop working on the car 3 hours 30 minutes after the end of Qualifying (11 July 2020, 20:16 hrs), but instead continued to work on the car until 23:20 hrs on 11 July 2020, which is not in compliance with Art. 34.4 of the 2020 Formula One Sporting Regulations.

“The work carried out during this time was not under supervision of a scrutineer, which is a breach of Art. 34.7 of the 2020 Formula One Sporting Regulations. In general, a breach of Parc Ferme regulations could lead to the driver being disqualified from the event.

“For work carried out on the car in the time windows until 3 hours 30 minutes after the end of Qualifying and after 5 hours 10 minutes before the start of the formation lap that includes changes to the set-up of the car or modifying parts of the car, a start from the pit lane would be mandatory.

“In this particular case the Stewards accept that there clearly are mitigating circumstances as team would not have been able to run the car in the race without breaking the regulations and they approached the Stewards before the start of the relevant time period.”

Grosjean is the third driver to be penalised this weekend after Lando Norris and Antonio GIovinazzi both received grid drops.

“We had a problem with the ERS water pump – it wasn’t working so we couldn’t recover any energy on the out lap I did.” Grosjean said. “So, we couldn’t even do a lap. It’s a shame as it’s a missed opportunity I guess.”

Grosjean retired from last weekend's race at the Red Bull Ring with a brake problem, as did teammate Kevin Magnussen.

Magnussen will line up in 15th place in the second Haas car for the Styrian Grand Prix.