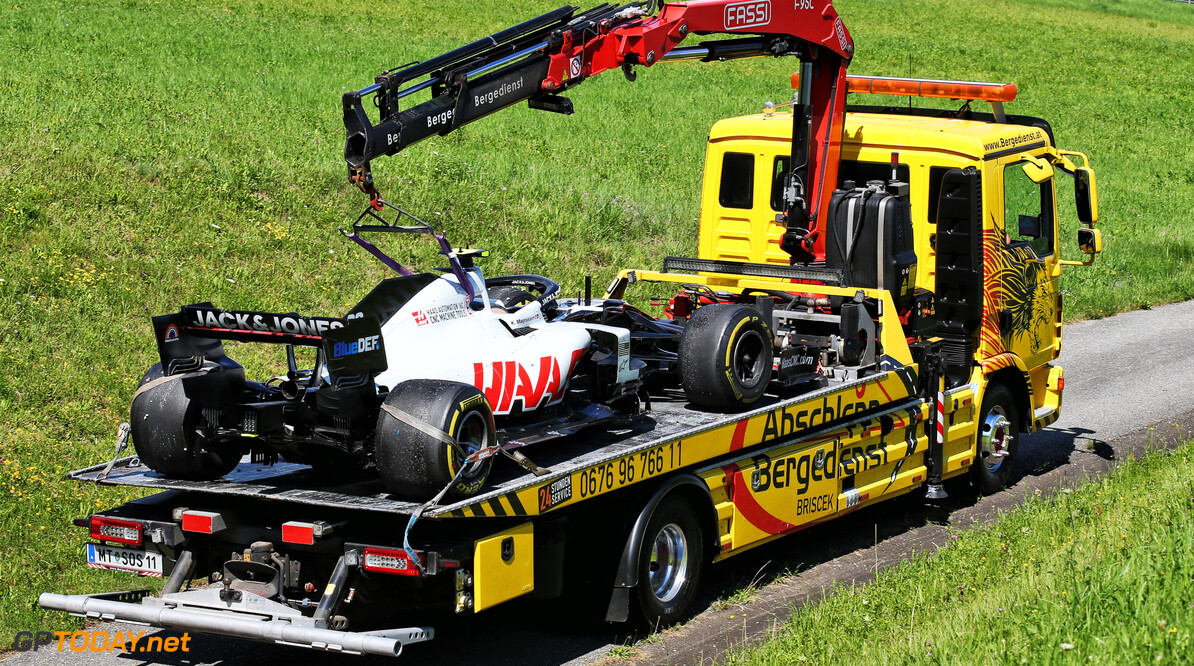 Brawn: Lack of reliability from F1 teams in Austria was 'astonishing'

Formula 1 managing director says the extent of unreliability the teams endured during the Austrian Grand Prix on Sunday was “astonishing”.

11 cars saw the chequered flag at the end of the race, with 8 drivers failing to finish due to mechanical problems or failures. Kimi Raikkonen had to pull to the side of the road after his front right wheel detached from his car following a botched pit stop.

Brawn says he “can't remember” the last time he saw F1 cars as unreliable as they were, blaming the lack of on-track running since pre-season testing over four months ago.

“We are used to Formula 1 cars being bulletproof in the modern era, but there was an astonishing lack of reliability in Sunday’s race, with just 11 of the 20 drivers seeing the chequered flag,” he wrote in his column for Formula1.com.

“I can’t remember the last time we saw so many mechanical problems in one race. Some of those, of course, will be down to the fact the teams have not run their cars properly since pre-season testing in February.

“We also saw a number of pit stop issues, which showed the rustiness of the teams after a long break without racing.”

However, Brawn says he was happy to see racing once again, even if some of it wasn't as smooth as he would have hoped.

Austria weekend the result of 'tremendous hard work' amid pandemic

Following the implications of the coronavirus pandemic, F1 was forced to reschedule the season, and will now host seven more races in Europe, with the calendar beyond then still not known.

F1 confirmed that the first round of testing which involved over 4,000 samples were all returned negative ahead of the Austrian GP weekend.

“This weekend in Austria was the result of three months of tremendously hard work that couldn’t have been completed without the outstanding collaboration between Formula 1, governing body the FIA, all 10 teams and the race promoters,” Brawn said.

“It was a massive team effort to get this season under way – and we are pleased with the way the race weekend came together. I feel a big relief to get to where we have got to now.

“The event ran smoothly, with zero positive tests for Covid-19 in more than 4,000 tests of F1 personnel as of Saturday. The strict and rigid procedures we put in place were to ensure everyone’s safety and we’re reasonably pleased with how it went.

“There are still a lot of refinements we can make after our experiences this weekend, and there’s been some small changes before next week’s race, but I think we have put down the foundations to move forward in this COVID era.”