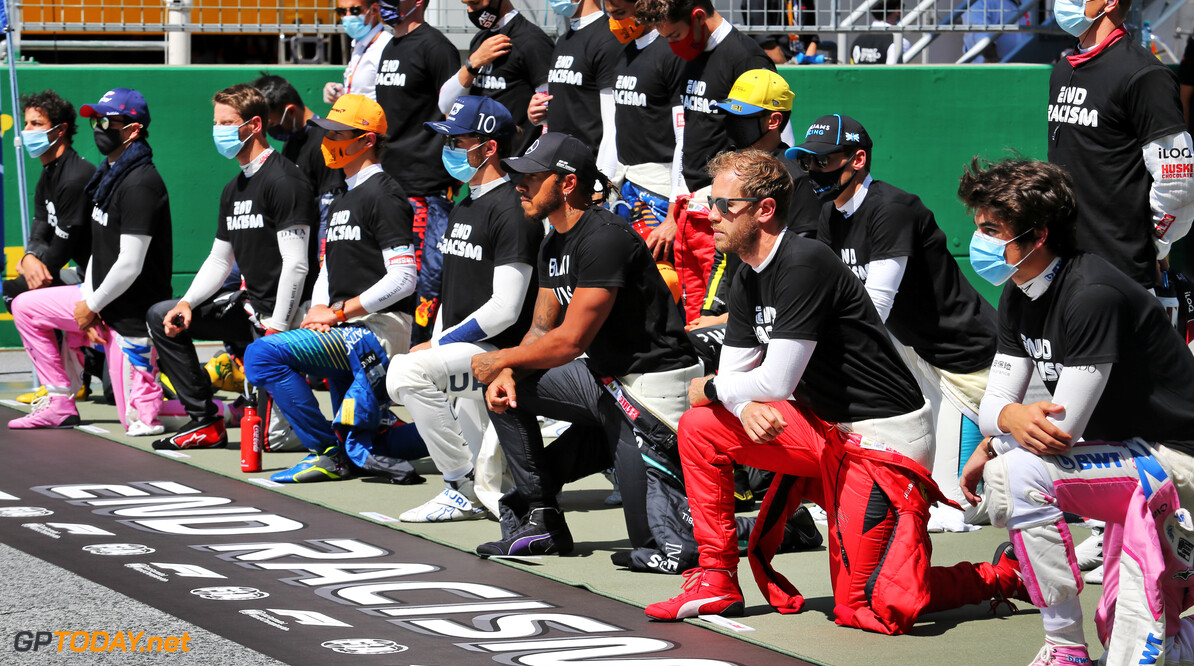 Hamilton: Speaking out against racism 'about equality, not politics'

Lewis Hamilton says his activism in speaking out against racism is about seeking equality and doesn't involve politics.

Ahead of the season-opening Austrian Grand Prix on Sunday, a majority of drivers took a knee on the starting grid to show their solidarity for the movements that have occurred around the world over the last month.

The Black Lives Matter message has been vocalised in many organisations and leagues with F1 also taking a stance with its #WeRaceAsOne initiative.

The Mercedes team has also made changes for the 2020 season, changing to a black livery to show their support for the cause, all the while pledging to increase diversity within its team.

Taking to social media after the race in Spielberg, Hamilton insisted that his push for equality does not fall within the lines of politics.

“Today was an important moment for me and all the people out there who are working for and hoping for change for a more equal and just society,” he wrote. “I may get criticism in the media and elsewhere, but this fight is about equality, not politics or promotion.

“To me, it was an emotional and poignant chapter in making F1 a more diverse and inclusive sport. I want a better future for our generation and the ones after us.

“There is so much that needs to be done. No one is perfect but if we all chip in and do our part, we can see change. I truly believe that.

“Thank you to my team for their incredible support and hard work this weekend and thank you all who supported. Let's keep pushing.”

Hamilton was running in second place for much of the Austrian Grand Prix, but was demoted back to third place after he received a time penalty for clashing with Alexander Albon.