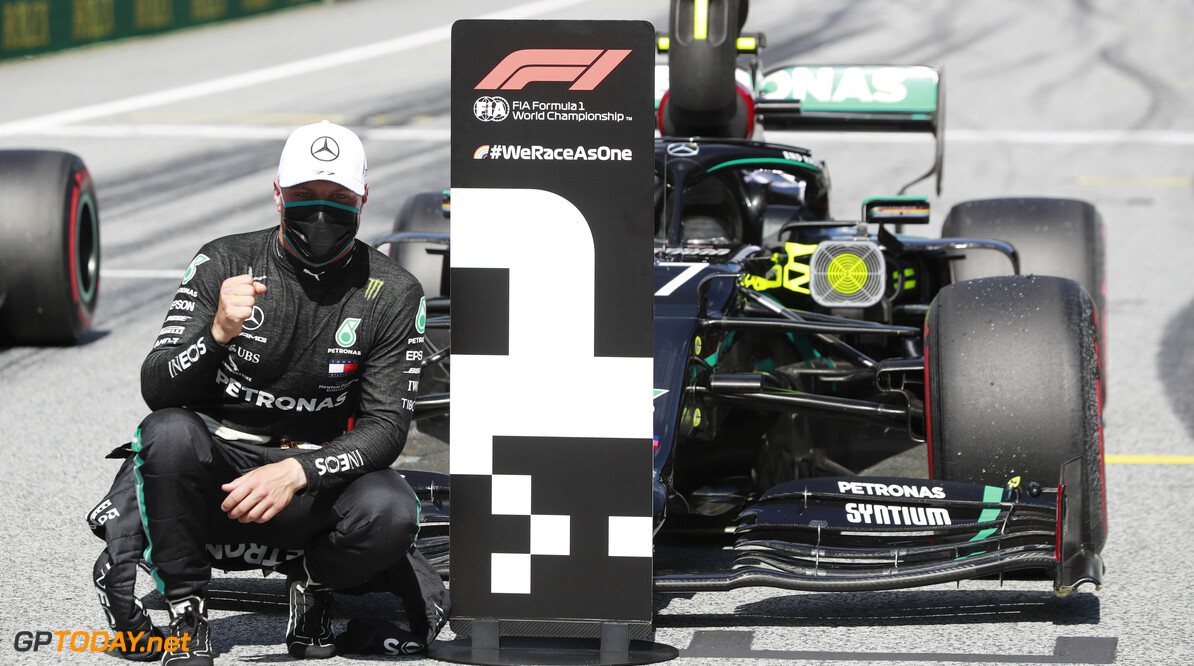 Bottas had 'more time on the table' despite securing pole

Valtteri Bottas says he had more time on the table despite securing pole position for the season-opening Austrian Grand Prix.

On Saturday, the Finn narrowly edged out his teammate Lewis Hamilton to the top spot and will lead the field on Sunday afternoon for Formula 1's return following the coronavirus lockdown.

Bottas, who last secured a pole position at the 2019 USA Grand Prix, admits he has missed the adrenaline rush of an F1 qualifying session.

“The first thing what I said on the interview on the grid was that I’ve definitely missed this kind of adrenaline rush and the feeling you get from pushing these machines to the limit and, you know, trying to be at your personal peak and concentration and performance. It’s so much fun,” Bottas said.

“And I really enjoyed the session. I finally managed to unlock some performance from myself and from the car for the qualifying. There were certain corners that I sometimes got them right but mostly I was just a bit off.”

MORE: Bottas: Impressive Mercedes 'in our own league'

Bottas says that he was up on his best time during his second hot lap in Q3 at the Red Bull Ring before he locked up and ran off the circuit, destroying his attempt.

“I think I was slightly up on my second lap until I ran a bit wide in Turn 4 on the gravel and went off the track. So that was my mistake.  It wasn’t quite perfect but it was super-close with Lewis, so I’m glad it was good enough.”

Teammate Lewis Hamilton was investigated for not sufficiently slowing for yellow flags that were delayed for Bottas' off, however the six-time world champion was cleared by the stewards.

Although Mercedes locks out the front row for the start of the race, Max Verstappen in third will commence the grand prix on the harder, medium tyre compared to the softs use by Mercedes.

“I think it’s going to be a close race still,” Hamilton said. “He’s [Verstappen] on the medium tyre so a slightly different strategy and they’re very quick on race pace – so it should be a lot closer tomorrow, I would expect.”