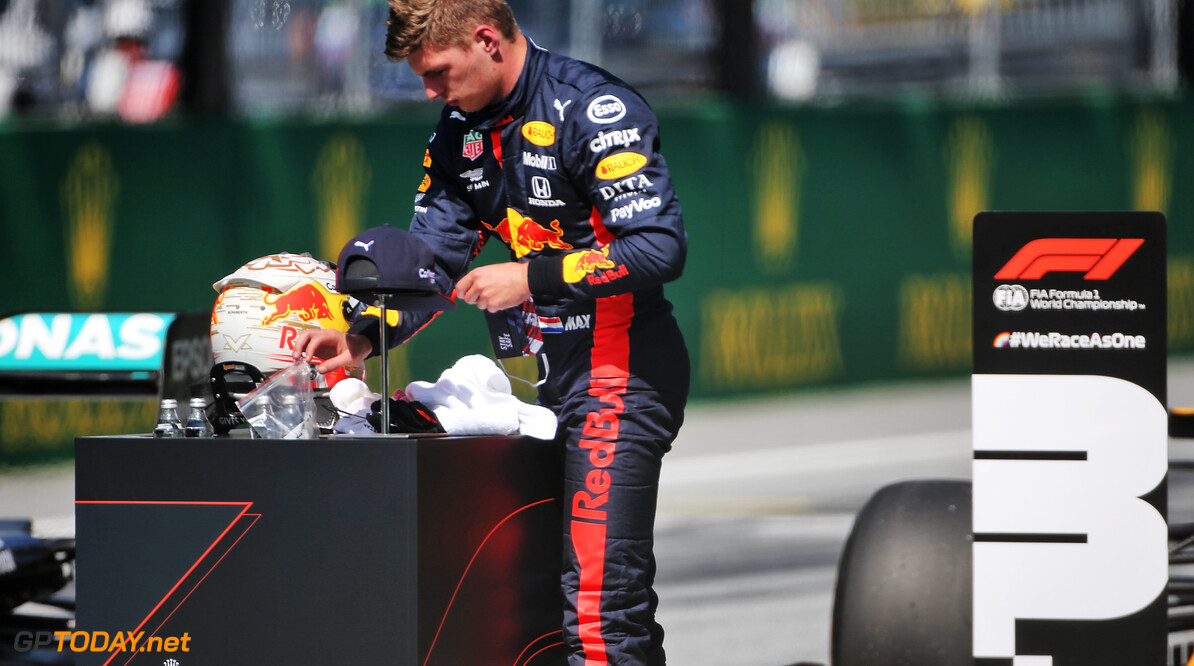 Red Bull's Max Verstappen says he is happy after securing third on the grid for Sunay's Austrian Grand Prix, and is confident he can battle with the two Mercedes cars in front.

Speaking after this afternoon's qualifying, Verstappen expressed his delight at qualifying in third for the race, hoping that the use of the harder medium tyre will give the team more of an advantage over the race.

Verstappen, who won the race at the Red Bull Ring in 2018 and 2019, cited the decision to use the medium tyre in Q2 and use an alternate strategy in the race was down to the expectation of higher temperatures for the race.

He hopes that this will give the team a chance to run longer into the race and challenge towards the end and remained confident that he could challenge both pole-sitter Valtteri Bottas and Lewis Hamilton ahead.

Verstappen also compared his qualifying result to last year, where he explained how the team performed much better in the race than in the qualifying session and hoped that it would be a similar situation for the race.

"I am happy first of all to be in P3," Verstappen said. "But also we have a different starting tyre so it's going to be interesting. It's going to be quite a bit warmer tomorrow so I hope that's going to play in our advantage.

"Clearly today Mercedes was on a different level unfortunately but let's see what we can do tomorrow.

"Last year, we were also a little bit off in qualifying so I expect we are a bit better in the race. Now I am the only one on a different tyre in the top ten so I'm just looking forward to it. We have nothing to lose and I'll try make it as difficult as possible for them."

Verstappen's teammate Alexander Albon will start from fifth of the grid, with Lando Norris securing fourth for the start of the race.