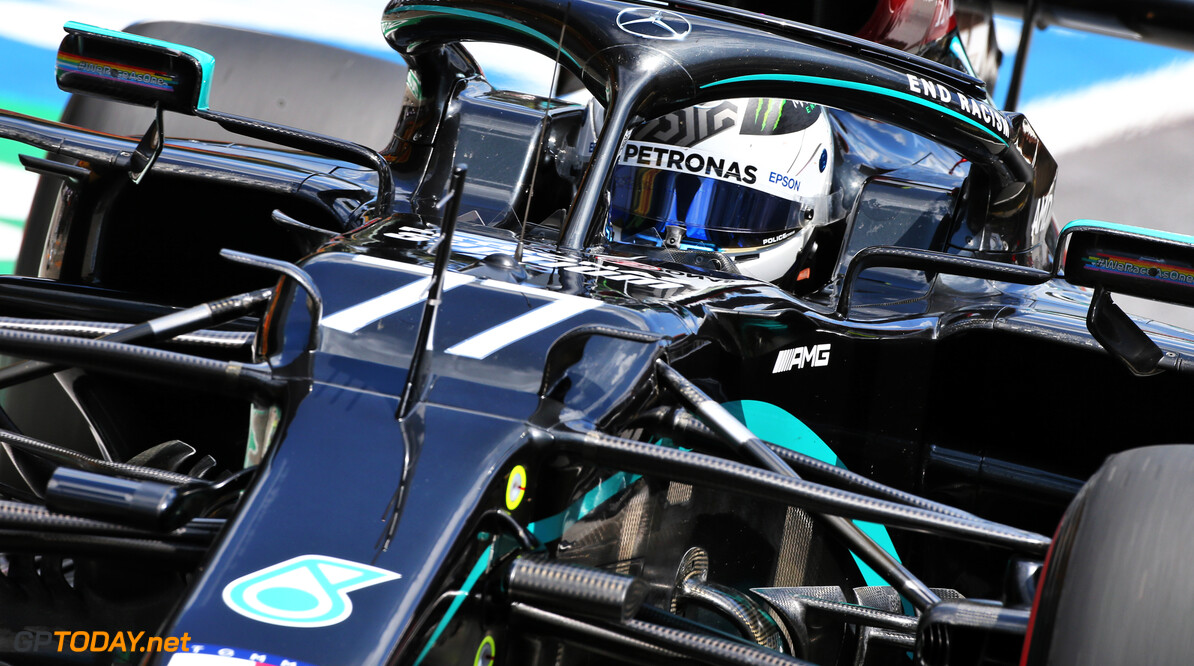 Bottas: Impressive Mercedes 'in our own league'

Mercedes driver Valtteri Bottas has affirmed his delight with the performance of the team after taking his third Austrian Grand Prix pole position this afternoon at the Red Bull Ring.

Bottas will start tomorrow's race on pole alongside teammate Lewis Hamilton in a Mercedes front-row lockout, despite a brief off-track excursion and spin for Bottas in the final seconds of Q3.

Speaking after the qualifying session, Bottas exclaimed his desire to see how well his team were competing, saying that he believed Mercedes were in 'their own league.'

"I missed this feeling after the qualifying. The shakes, it's something special when you push the car the limit and I've obviously been preparing for this a long time.

"It feels so good. Can't say more than that and our team, an amazing job to be in our own league."

Bottas also spoke about his delight with the W10, noting how impressed he is by the car's performance and speed.

The W10 has topped all the sessions so far this weekend, with Mercedes also taking a 1-2 finish in all three practice sessions prior to qualifying.

The car has not been without controversy over the weekend, however, as Red Bull launched a query with the FIA over the car's Dual-Axle Steering (DAS) on Friday evening. The FIA confirmed the device to be legal and that it is not in any breach of the sporting regulations.

"It's only the first qualifying session of the season but I am so impressed so thanks to everyone in the team. It's truly an amazing car to drive. It was a good result today but it's tomorrow that matters"