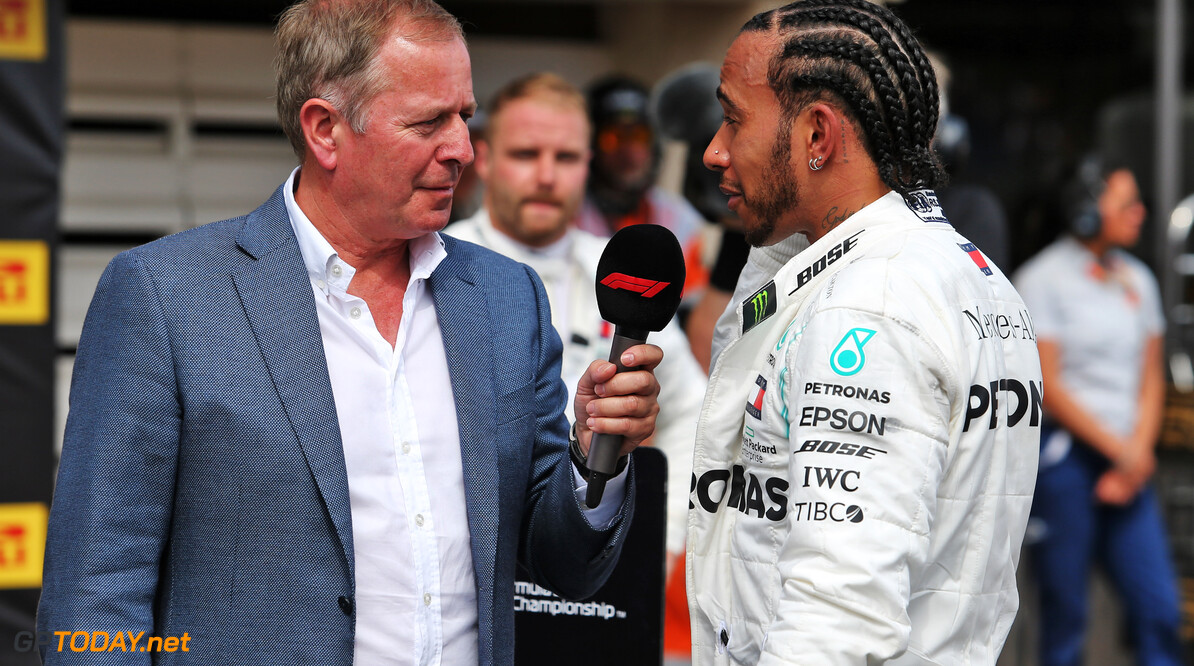 Brundle: Hamilton has 'earned the right' to lash out against racism

Former grand prix driver Martin Brundle says Lewis Hamilton has earned the right to use his social media platform to speak out against racism.

The six-time F1 world champion has been active on Twitter and Instagram over the last week, supporting the anti-racism movements that have sprouted worldwide following the death of George Floyd.

Hamilton's support has seen other F1 drivers speak out in support of Black Lives Matter, with Brundle asserting that he stands behind Hamilton and his statements.

“He's earned the right without any question at all, through talent, through adversity, hard-work, personal risk and winning six world championships in Formula 1 to stand up and say the things he said,” Brundle stated to Sky F1.

“I'm proud of him and pleased that he did, I support him in every way. He's certainly made me stop and think it all through.

“I haven't earned the right to add to the narrative of this. I'm a white middle-class 60-year-old Englishman and I've not been on the receiving end of racism.

“I've circulated the world for 40 years and I don't have racist thoughts in any way. I had a fascinating conversation with Karun [Chandhok] this morning about how you can have subconscious racist thoughts. Again, that's made me think long and hard about that.”

Brundle recalled the first time he met Hamilton when the future McLaren and Mercedes driver was an early teenager.

“I first met Lewis when I handed him a trophy at 12 or 13 years old at Buckmore Park. I never thought of him as a black driver. He's one of the greatest drivers of all time, if not heading towards THE greatest we've seen so far.

“He's hero-worshipped in our world. We see that at Silverstone when he's carted across the crowd and they run onto the race track.”