Earlier this month, major movements occurred in the driver market, kicked off by Sebastian Vettel's announcement that he would leave Ferrari at the end of 2020.

Such developments this early are quite unusual considering the 2020 season is yet to begin. The campaign has been delayed by COVID-19, with the opening round set to take place in July.

Following the rotations that occurred at Ferrari and McLaren, what are the latest rumours in the driver market, and who could end up where in 2021? 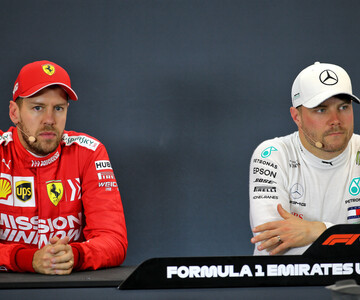 With Mercedes winning consecutive double championships every year since 2014, there is no doubt that a seat at the Silver Arrows is the most desired place on the grid.

Both Lewis Hamilton and Valtteri Bottas are out of contract at the end of the 2020 season, leaving two spots open at the team.

Given the success that Mercedes and Hamilton have shared since the latter joined the squad in 2013, it would be a major surprise to see the six-time world champion walk away at the end of the year.

The bigger question regards who will fill the cockpit in the opposite side of the garage. Valtteri Bottas is a leading contender, having proven himself stable to the team since joining in 2017.

But following his Ferrari departure, Vettel has also been linked with the German manufacturer, with former F1 supremo Bernie Ecclestone stating that a Hamilton-Vettel partnership at F1's dominant outfit would form a 'super team'.

Vettel has been competing for a front-running team every year since 2009, and going up against Hamilton would likely be the ultimate test for the 32-year-old, given Hamilton's dominance of the sport in the turbo-hybrid era.

However, Mercedes is still yet to promote one of its junior drivers to the senior team, and George Russell is now in prime position to gain a seat at Mercedes in the future following his F1 debut in 2019.

The Williams driver is managed by Mercedes and has often said that Hamilton would be his ideal teammate, stating he is the “most complete driver that I've ever come across”.

Valtteri Bottas - Could a shock switch be on the cards?

Last week it was reported that Bottas' management team had initiated talks with Renault over a 2021 seat, which will be left behind by Ricciardo.

Should Mercedes decide that it no longer wishes to continue with Bottas, the Enstone-based squad would be a logical choice for the Finn. 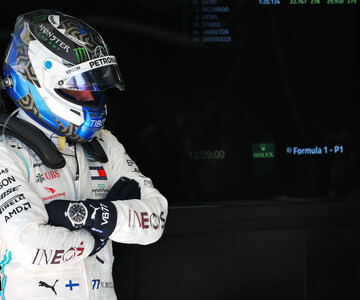 However, a more shocking move may be on the cards, as it is reported that Bottas' management team has also been in contact with Red Bull over a potential drive.

Red Bull has Max Verstappen tied down on a long-term deal, however Alexander Albon is believed to be only signed up for the 2020 season after making his F1 debut last year.

If Albon fails to perform and Red Bull are reluctant to promote Daniil Kvyat or Pierre Gasly for a second time, could seven-time grand prix winner Bottas be an option for the energy drink squad?

Why would they give up, such a very promising pairing as Max Verstappen & Alexander Albion...

More likely Bottas will return to Williams, and George russel to Merc ;p