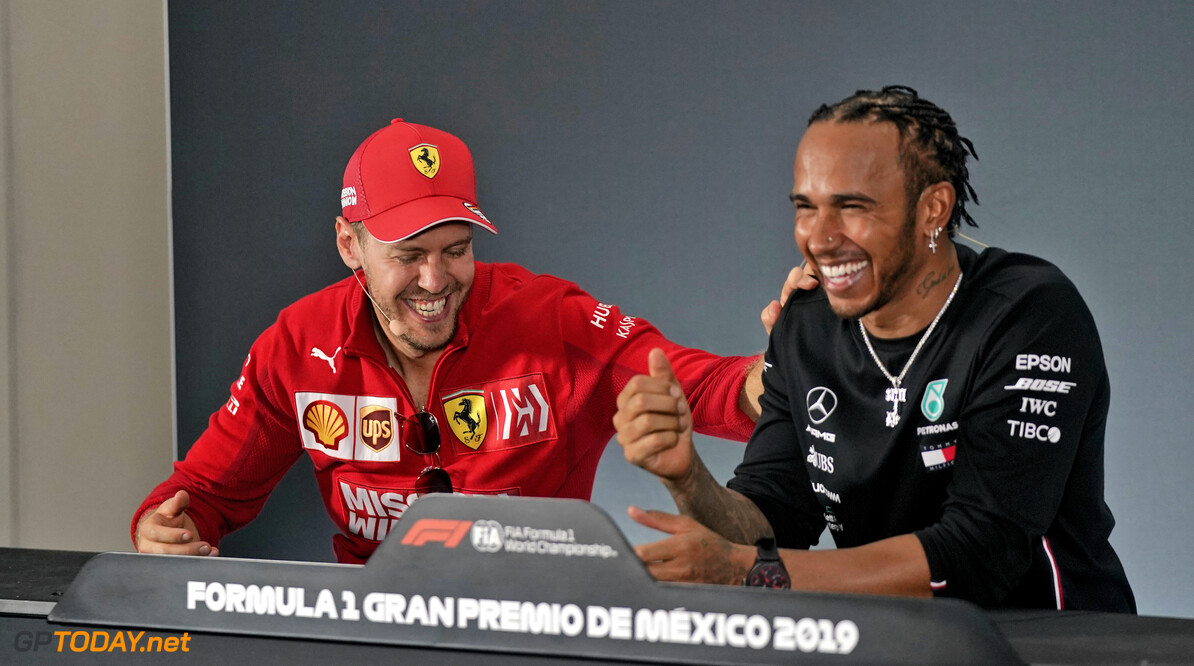 Hamilton and Vettel would make Mercedes a 'super team' - Ecclestone

Former F1 supremo Bernie Ecclestone has spoken of the possibility of Sebastian Vettel joining Lewis Hamilton at Mercedes for 2021, believing that such a driver pairing would create a 'super team.'

Ferrari recently announced that the team and Vettel are to part ways at the end of the season, with McLaren's Carlos Sainz taking his seat for 2021.

Speaking to RTL, Ecclestone said that the pairing of Vettel and Hamilton was something that would really benefit F1 and its fans and that he could see no problems arising within the team.

“I think both of them get along with each other without any problems. It’s not a case of what their egos are, both have super talent. So it would make a super, super team.

“I don’t see any problem with Lewis being concerned at all and I know Sebastian would love to have the opportunity to race against him."

Speaking also about why Vettel never managed to win a title during his five seasons with the team, Ecclestone said that he thought it was down to no real leadership in the teams.

Vettel had hoped to find championship success with Ferrari to emulate his hero Michael Schumacher, but as of this season never managed to take a title with the team.

“Michael’s situation with Ferrari was a little bit different because I once said to him, ‘who’s running the team?’ He said ‘I am.’ That’s probably the truth why they’re so successful." Ecclestone added.

“The trouble with Italians, they haven’t really got a lot of leaders…they haven’t got a leader in my opinion. The person in charge of the team is basically a super engineer, he’s been with Ferrari for more than 20 years.”