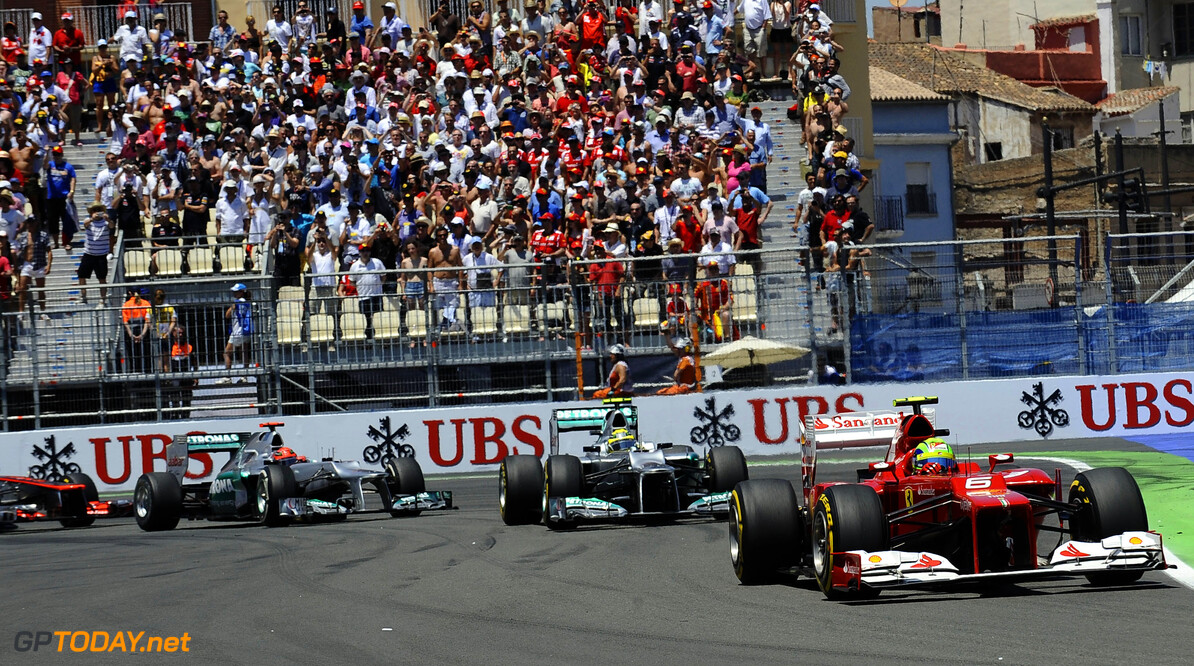 F1 to stream the 2012 European Grand Prix on Saturday

Formula 1 has confirmed that the next classic race it will stream live on YouTube is the 2012 European Grand Prix in Valencia.

The race was the eighth round of the season and heading into the event, which would be the final grand prix around the streets of Valencia, Lewis Hamilton held the lead in the drivers' championship with Fernando Alonso and Sebastian Vettel hot on his heels.

In the constructors' table, Red Bull had a 31 point gap over Ferrari at the top of the standings and looked to build its advantage as the season approached the midpoint.

Vettel took pole position for the race and had McLaren's Hamilton alongside him on the front row.

Behind them came Pastor Maldonado, still with a spring in his step following his maiden F1 victory at Barcelona the month before.

Alongside Maldonado on the second row sat his future Lotus teammate Romain Grosjean. Championship contender Fernando Alonso was 11th, and the second Ferrari of Felipe Massa was 13th following a strategical error for the Italian squad on Saturday.

The stream will go live at 15:00 BST on Saturday, May 16th on Formula 1's YouTube channel.