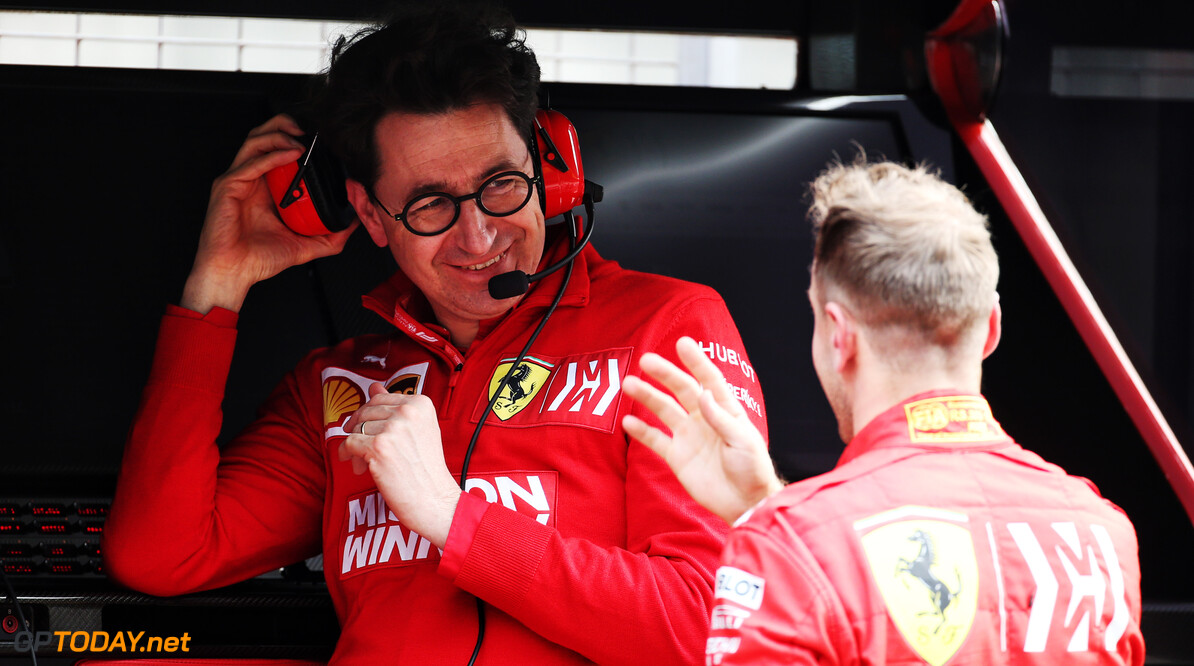 Ferrari team principal Mattia Binotto insists that there is no specific reason that has led to Sebastian Vettel's departure from the Italian squad at the end of 2020.

The news broke on Tuesday morning that the two parties had not agreed upon a contract beyond the current season, which is the final year of Vettel's deal.

Vettel joined Ferrari in 2015 and has picked up 14 grand prix victory in that time, ending up second in the drivers' championship on two occasions (2017, 2018).

A handful of difficult years has led to questions over Vettel's future and Binotto says that both the team and Vettel mutually agreed to end their partnership at the conclusion of the 2020 season.

"This is a decision taken jointly by ourselves and Sebastian, one which both parties feel is for the best,” Binotto said. “It was not an easy decision to reach, given Sebastian’s worth as a driver and as a person.

“There was no specific reason that led to this decision, apart from the common and amicable belief that the time had come to go our separate ways in order to reach our respective objectives.”

Binotto highlighted that Vettel's win tally at Ferrari makes him “the third most successful driver for the team”, behind Michael Schumacher and Niki Lauda.

Vettel has also scored the most amount of race points in Ferrari's history, placing him ahead of Fernando Alonso, Kimi Raikkonen and Michael Schumacher.

Binotto added: “On behalf of everyone at Ferrari, I want to thank Sebastian for his great professionalism and the human qualities he has displayed over these five years, during which we shared so many great moments.

“We have not yet managed to win a world title together, which would be a fifth for him, but we believe that we can still get a lot out of this unusual 2020 season."

Vettel's teammate Charles Leclerc is tied down to a long-term deal, having signed an extension to the end of 2024 in December of 2019.