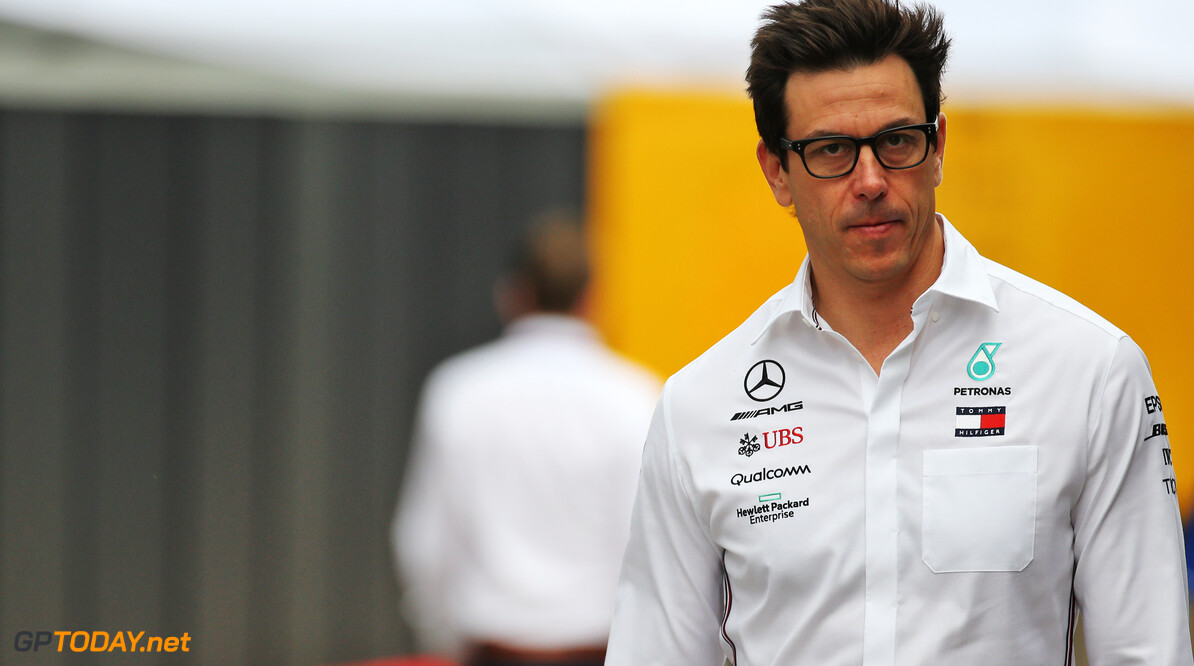 Szafnauer sees no Aston Martin role for Wolff in 2021

Wolff, who has overseen Mercedes' success throughout Formula 1's turbo-hybrid era, has been linked to the team that will take over from Racing Point next year.

On Wednesday, the change of team was made official for 2021 following investment in Aston Martin from team owner Lawrence Stroll, who saved Racing Point (then called Force India) from administration in August 2018.

However, Szafnauer expects Wolff to stay at Mercedes next year and attempt to continue to lead the team through its current success period, in which it has amassed six consecutive drivers' and constructors' championships.

“It's not really for me to say, that's more of a question for Toto,” Szafnauer told Sky F1. “But if you're asking me to guess, Toto this year and next year will be running Mercedes and trying to make history by winning another world championship.

“That's what he's focusing on. At all but one of the team principal meetings, he's participated. He'll be at the next one next Friday, so I don't see him doing other than that.”

There were concerns that the season delay due to the coronavirus pandemic could setback Aston Martin's return as a works team in F1.

However, Szafnauer says that he expects only the introduction of regulations will see delays. F1's revamped technical regulations that were set to come into play in 2021 have been pushed back for another year.

F1 teams are set to meet on Friday to talk about the 2021 cars, with Szafnauer hoping that the cars remain largely unchanged, which will save costs.

“I think this delay will only have an impact on sporting regulations, perhaps some technical regulations, carrying the cars over - we've got to define what that means, what parts of the car do we carry over and what parts can be developed,” he said.

“I think that will probably happen in the next week, we'll have an idea of what the cars are going to look like in 2021 that we're going to race.

“But I hope they look like the cars that we produce now so that we save all the cost of developing a new car.

“That's going to be very crucial for a lot of the teams, especially the smaller teams, when the revenue isn't the same that we thought it was going to be. We've got to make sure the costs aren't either.”