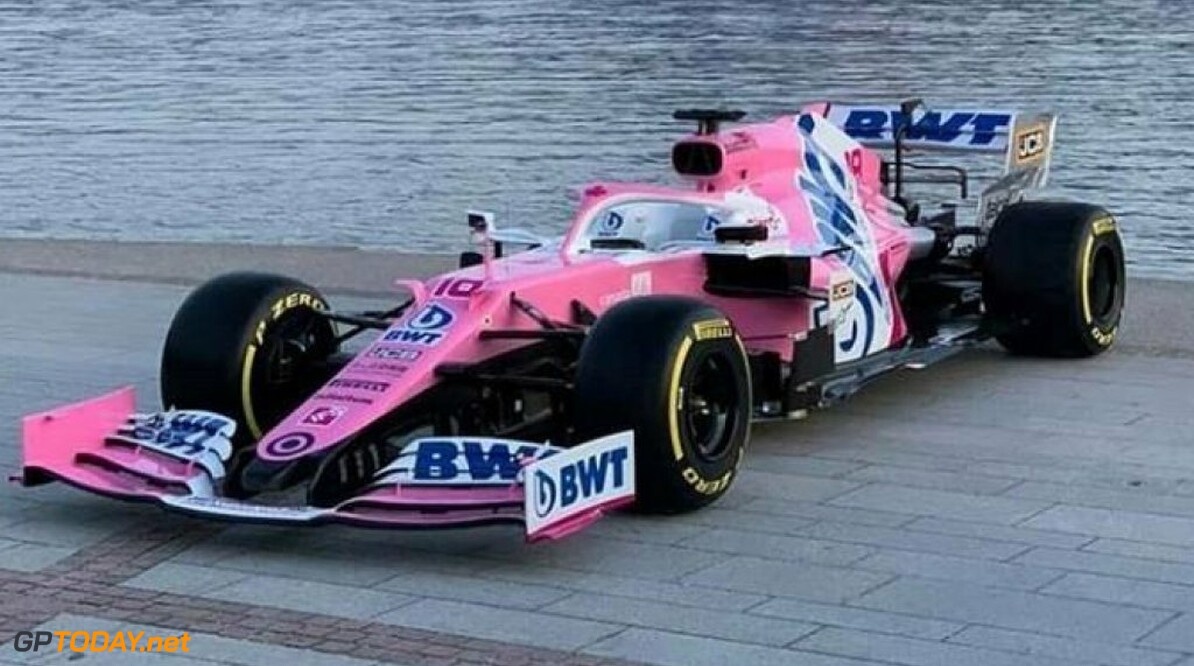 Ahead of the 2020 Racing Point Formula 1 launch on Monday, February 17th, images have appeared online of what is believed to be the new design.

The big noticeable absence from the leaked pictures is that of SportPesa, who acted as the team's title sponsor in 2019.

The sponsorship deal with BWT continues, with the Silverstone-based team running a pink livery for the fourth consecutive year.

However, there is significantly less blue on the car compared to its predecessor, down to the vacancy of SportPesa. The betting company still appears on the FIA's provisional entry list for the 2020 season.

2020 is set to be the final year that the team runs a pink livery, as in 2021, it will transition to Aston Martin following Lawrence Stroll's 16.7% stake purchase in the British manufacturer.

The car will officially launch on Monday at an event in Mondsee, Austria - the home of sponsor BWT. Sergio Perez and Lance Stroll form the team's line-up for a second consecutive year.

Last year, Racing Point finished 7th in the constructors' standings, with Stroll scoring its best result at the German Grand Prix, crossing the line in fourth.