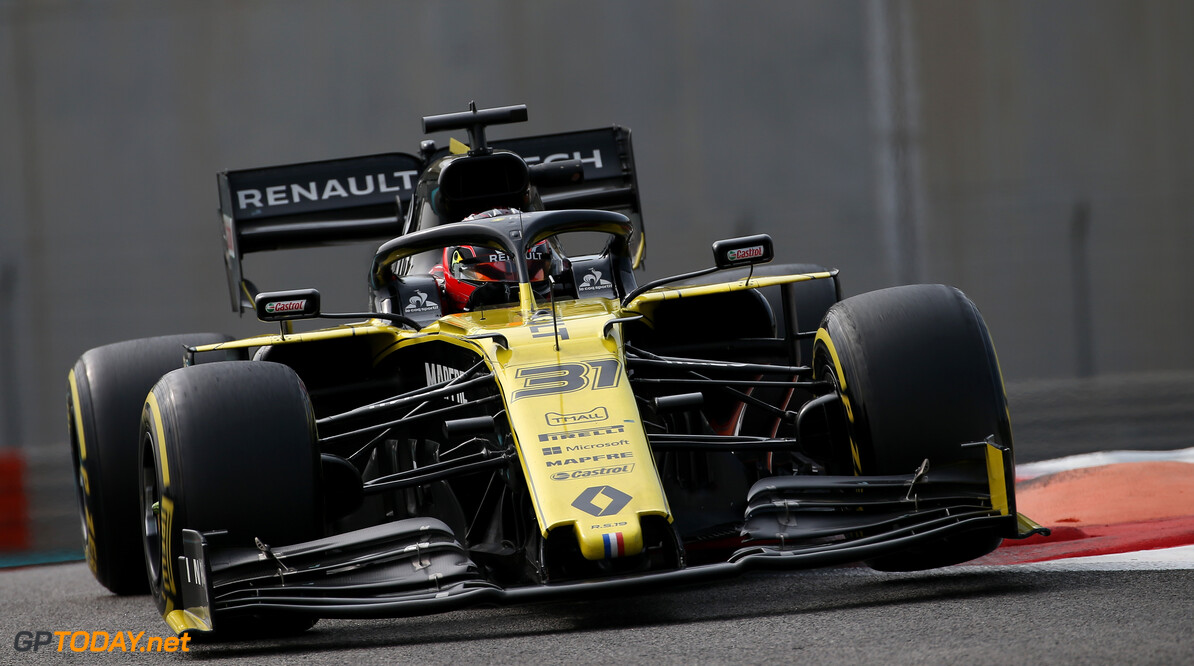 Esteban Ocon says his chance to drive for Renault prior to the start of the 2020 Formula 1 season is crucial for his preparations of returning to the sport.

The Frenchman will line-up alongside Daniel Ricciardo next year at the Enstone squad after spending the 2019 campaign on the sidelines.

Ocon says the test was a vital part of his preparations was the test, as he believes it will give him an advantage for pre-season testing in February.

"It’s crucial, it’s going to help me massively," Ocon said. "You arrive at testing in February with an advantage because you have your position fixed, you have things that you’ve verified on track which is great.

"For me, I didn’t get much driving times this year, and to have even less days in February, it’s a big problem. So to have those two days here, it counters for the days you are lacking in February."

The test marked the first time that Ocon drove for Renault this year, as he spent the 2019 campaign with Mercedes as its reserve driver.

Ocon says that the car "felt good" and was encouraged by the power output of the Renault engine.

"It felt good, there is always a lot that you can improve," Ocon admitted. "The engine is also something new to me, but it has good power.

"Then of course, the balance you always need to work on it, it’s never perfect until you get the touch and the point on it. I think we have a solid base that we can continue tomorrow.