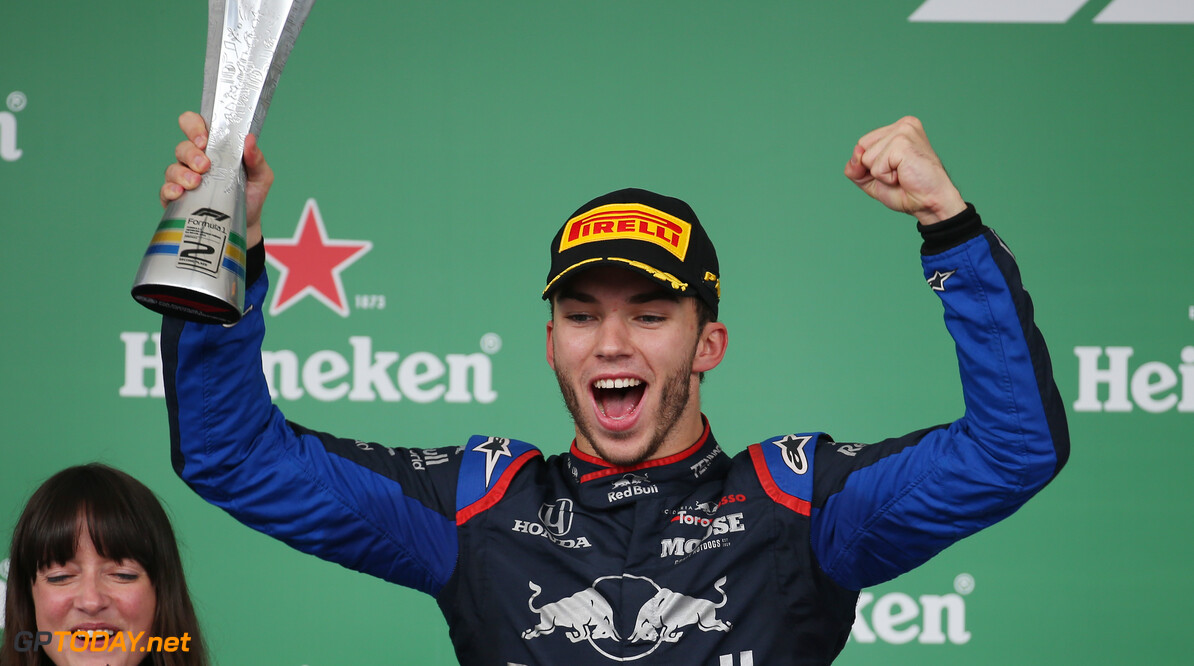 Toro Rosso's Pierre Gasly says that he can barely believe his result after scoring his first Formula 1 podium in Brazil afternoon.

Gasly managed to jump into the podium positions after Mercedes' Lewis Hamilton and Red Bull's Alex Albon came together on the penultimate lap of the race.

Gasly secured second place and took the first podium of his F1 career as he held off a charging Hamilton by less of a thousandth of a second on the finish line.

"It's my first podium in Formula 1," Gasly said after the race. "For sure I will never forget it and it's such a moment I don't know what to say. It's so emotional and to get it with these guys, with Toro Rosso, they gave me such a fantastic car since I came back.

"I am just so happy for everyone and for Toro Rosso, it's been an amazing day."

Gasly also briefly explained to Barrichello that although he has scored many podiums in junior categories, scoring his first F1 podium with Toro Rosso will be a moment he will never forget.

"I've been many times on the podium and you cannot forget it," Gasly added. "This is what I love about motor sport, all these emotions and you can fight and yeah, I just kept believing until the end.

"I saw that they were battling and tried to push as much as I could and the opportunity came to us. A great finish with Lewis as well, I tried to get low in the car and get as much KPH as I could but to these guys a big congrats and a big thanks.

"I was just praying for that Honda engine to give as much as it could and I think without the progress it wouldn't have been possible. I'm just so happy I don't know what to say."