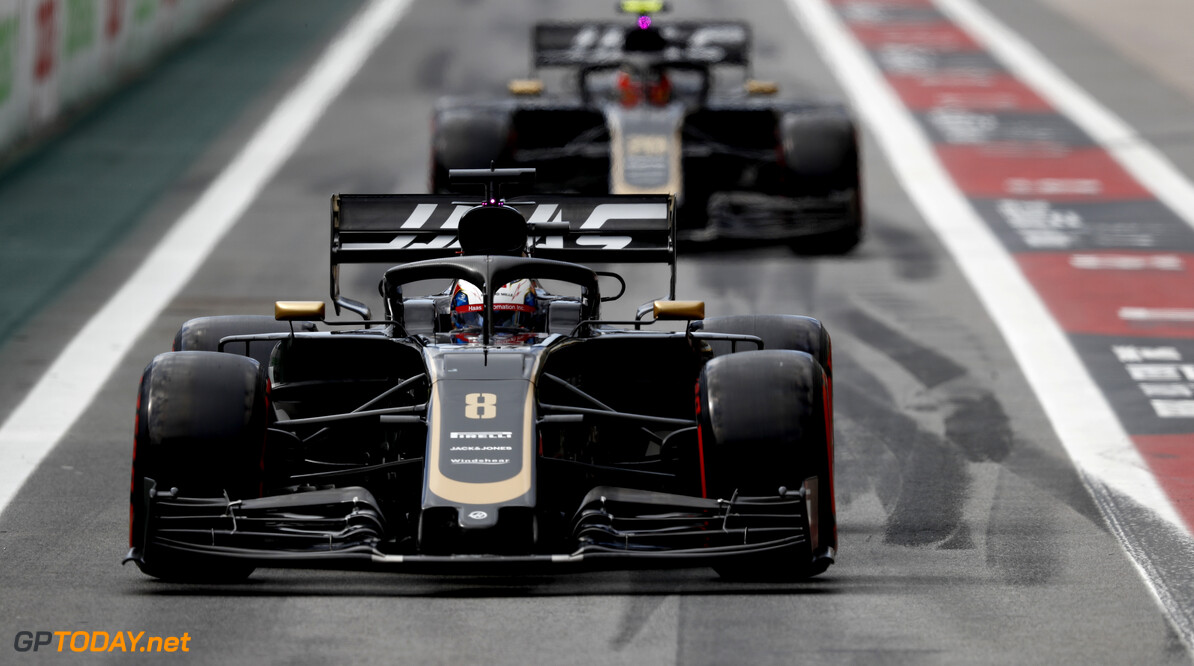 Romain Grosjean has hailed his Haas team after it managed to secure both of its cars in the Q3 session in Sao Paulo.

Grosjean and teammate Kevin Magnussen will line-up seventh and ninth respectively for the start of the Brazilian Grand Prix, moving up one position each due to a penalty for Charles Leclerc.

Grosjean believes Haas has shown strong speed all weekend but says its true pace on the timesheets has been hampered by minor issues such as traffic.

"It's good, it's very nice," Grosjean said of his session. "From the beginning of the weekend, the timesheet never gave us full credit for what we were doing. We always had an issue, traffic or whatever.

"But I knew that we had potential before quali I thought we could fight for P11. That would have been nice, we could start on new tyres, freedom in the strategy.

"Q1 was a bit rough, the way the car behaves, the way the tyre is with my driving style, it doesn't work nicely. It works in the race, but in quali I've been struggling a lot.

"The first lap in Q2 was awesome. In Q3 I was pretty happy, I was kind of unlucky to follow the car in front of me, which was Verstappen. It meant I had a good slipstream to Turn 4, but then you've got a two-second gap in the middle sector.

"Being almost best of the rest today, with the car we have, which is a race one hybrid, very close to the race one package, it's good. The boys have been working very hard, never giving up. We can be very proud of that."

The Frenchman added that he had a strong feeling heading into the weekend that it would be a stronger event for the team following their struggles in the US and Mexico.

In the second half of the season, Haas has scored just one top-ten finish, leaving Grosjean to admit that it is not expecting "miracles" on Sunday.

"I had a good feeling before coming here," said the 33-year-old. "I knew Austin and Mexico would be complicated. But I felt that here we had a chance to do something good, same as Russia.

"It's just the way the corners are, especially in qualifying. Maybe in the race it is a different story. Track temperature is going to be much hotter. We don't expect miracles, but we'll try the best we can."