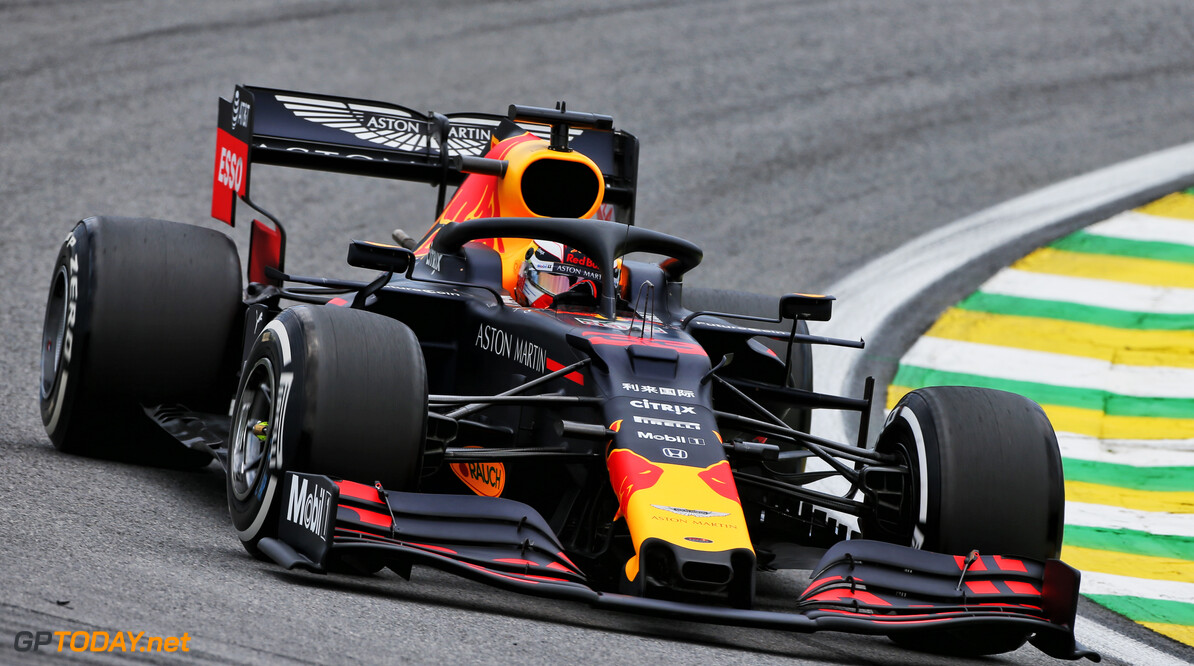 Verstappen aiming to 'finish off' unfinished business in Brazil

Max Verstappen is aiming to end the 2019 Brazilian Grand Prix on a high on Sunday by taking victory for Red Bull.

The Dutchman claimed pole position for the race on Saturday, beating Ferrari's Sebastian Vettel by over one-tenth of a second to claim his second pole of the year.

12 months ago at Interlagos, Verstappen was set to win the race before he came together with Esteban Ocon, who was attempting to un-lap himself, costing the Red Bull driver the lead of the race.

Speaking about his qualifying session, Verstappen says the changing track temperature made the day tricky, but is nonetheless pleased with his effort.

"The car was really good," Verstappen stated. "Throughout qualifying, the track temperature was changing a bit so we had to adjust to that. But straight away from Q1 the car was flying and it was really enjoyable to drive, so I'm really happy with this pole position."

Verstappen jumped to the top of the timesheets after the first run of laps in Q3, despite making a mistake at the exit of Turn 9.

"I tried a different line but also the track was a bit warmer so it gave me a bit more understeer, so I went a bit wide," Verstappen said of the incident. "But the second lap was luckily a bit better. We'll try to finish it off now."

"I think he just got the car hooked up really," Horner said. "The whole package has been working really well. The circuit got a little tricky at the end there.

"It was difficult to improve and he just got those last little bit of gains and he got it. We have got a good car and we have been a contender for pole in the last three races.